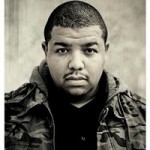 Double-Barreled Bible, the debut book of poetry from Jordan Chaney, is a complicated collection. On one hand the book exhibits an impressive quantity of verse of various styles and proportions, and on the other hand provides the reader with an introspective study of the life of Chaney and the environments he has had to survive in. At its core, the book is designed to show us Chaney’s quest to some form of enlightenment that only poetry can give, but the book’s text has several major faults that keep it, and the quest itself, from reaching any perfection. Nonetheless, the book is a solid initial push in the right direction.

Five sections, or chapters, help divide the book. The chapters have names like “toasting with Molotov cocktails” and “meditating on the sun”, and although each partition never relinquishes a clear identity on its own aside from its title, they all substantially help to break up the pacing and control the rhythm of the book as a whole. One question that remains is: where are chapters five and six? Did they get lost in the editing process? Is there some numerically-symbolic choice that simply is not as obvious as it needs to be for the point to be made? Regardless of the consistency, the schisms in the book are indeed necessary; the success of these breaks is founded in the bulk of each of the poems. For a small book of poetry, there is a lot of content present, which has positives and negatives.

Chaney writes in an encompassing, Whitman-esque style with endless lines, rare breaks, and massive amounts of imagery. These poems provide an excellent landscape for figuring out each experience the speaker has gone through, like in the poem “idyll of Vegas”, which has verses like:

In the verse above, which is certainly one of the stronger in the book, the language is able to dodge clichés and keep itself focused on maintaining a stream of information that results in the elevated image. A sacrifice in punctuation allows the poem to fluidly sneak to its point without losing sincerity and speed.

Other poems, such “she’s fly”, lose their strength due to the exact same poetic decisions: “she’s like angel’s wings on babies / dangling from clouds in Raphael’s famous painting / fly like Michelangelo’s hanging masterpiece God’s creation” (58). The style of these poems may have been developed through haste or, more hopefully, through conscious process. But Chaney decided to skip out on adding several critical commas and periods in many of his poems, like this one, and the absence of finishing graces leaves the tone feeling tragic and sloppy—especially for a poet whose highest regard has been the elevation of the self through a journey paradigm.

Double-Barreled Bible is often its strongest in purveyance of legitimate language, which blends beatnik bop prosody, late slam, and contemporary hip hop together. The result is wonderfully authentic reflections on a 21st century culture, a melting pot of unstable identities that is one of the more intriguing trends and issues in America today. When Chaney uses rhyme and meter to blend language with social issues, the work is truly insightful: “and in the misery / of being caught in the guillotine of a race war / so i pace more than any one side has ever paced before” (“half-breed”, page 20). It is clear Chaney is a social poet who covers many topics. Unfortunately several topics fall flat through poetic cliché, such as his quasi-philosophical/drug attack “phone conversation”, or the poetic self-analysis in “mission statement”, poems like “half-breed” are adequate queries into a world of madness, disorientation, and befuddled lives.

It would be dis-serving to leave out any comments on the love poems in Double-Barreled Bible, which provide a significant element to Chaney as a poet and as a man on a quest. Through all of the grappling performed from page to page, Chaney spends a significant amount of energy on devotion. Through family, friends, lovers, ethnicities, and even objects of violence, Chaney’s songs invoke an almost mythological tongue of respect and obsession that makes this Double-Barreled Bible a well-rounded text. In “picket sign”, the speaker rhythmically meditates on macroscopic conflict by zeroing into objects of chaos.

Through the determination of “united states of mind”, which may be the strongest poem in the collection, Chaney uses music to merge the feminine/masculine duality into sheer beauty:

i am the sideways head with inflated cheeks
blowing Niles of sax vibrations
melodically swaying the jezebel’s hips as she moves
smoothly
against a twilight the color of ripened blackberries
and bizarre cola! (30)

The imagery is unique and the energy is authentic. The personal fortitude is undeniable and remains an interesting approach on the muse from its regulated start to its bright, satisfying finish. Chaney’s own voice is well-defined, and with the speaker so present, the poem never lets up. It is moments like these that set aside all the more confusing and conflicted portions of the book.

The end of Double-Barreled Bible leaves the reader with a blown kiss and a step in the direction for more to come. While Chaney as journeying poet may not be as achieved, and while his success may not be as apparent as the book hopes, there are results. All in all, the moments that shine in this poetry serve as reminders that poems, and even slices of poems, acting as reflections of worlds, may be more important than the collection of poetry itself.