Please be aware that Cascadia Gold Passes are now extremely limited and they may be sold out by March 24th. Guarantee a spot by registering now. The badges are VERY cool, and get you into every reading and workshop. PLUS, they are the ONLY way to get into the exclusive morning sessions. Details and the complete schedule at www.splab.org/cascadia. We thank our co-sponsor, the Seward Park Environmental and Audubon Center. 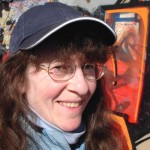 Kim Goldberg is an award-winning poet, investigative journalist and author. Author of Ride Backwards on Dragon, she has studied T’ai Chi Chuan and the related martial art of Liuhebafa since 1997. Her Red Zone collection of poems about urban homelessness has been taught at Vancouver Island University and elsewhere. As a journalist, Kim has reported extensively on environmental topics, winning the Goodwin’s Award for her coverage of the anti-environmental backlash in Canada. Born and raised in Oregon, with a biology degree from University of Oregon, Kim moved to Canada with her family during the Vietnam War years. She has remained on Vancouver Island ever since where she is active in anti-war efforts, homelessness issues and urban art. She offers a popular series of workshops called Pen & Dragon: Kung Fu for Writers combining martial arts movements with creative writing exercises to awaken the body and unleash the mind. Visit her online: www.pigsquashpress.com. 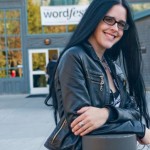 Catherine Owen is a Vancouver writer, the author of nine collections of poetry and one of environmental and poetic essays and memoirs. Her book, Frenzy (Anvil Press 2009) won the Alberta Literary prize and her poems have been nominated for the CBC Award, the BC Book Prize, the Earle Birney award and the Fiddlehead contest. She has a Masters in English, works as an editor/tutor, plays bass in metal bands and will be narrator of the upcoming production Awakening the Green Man, an eco-musical. 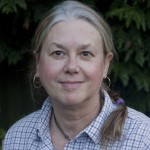 Heidi Greco lives in South Surrey, about a mile from the invisible line that divides Canada from the U.S. She is a long-time environmentalist and has written about her beliefs and concerns in essays, blog posts, and poems. Her poetry collection, Rattlesnake Plantain (Anvil Press, Vancouver), takes its title from a forest orchid which is considered rare in some places, but that still exists in her bioregion. Other books are Siren Tattoo, Shrinking Violets, and several chapbooks. Greco is a regular visitor to Matsqui Penitentiary, where she is part of a writers’ group that does workshopping sessions with inmates. She keeps a sporadic blog at www.outonthebiglimb.blogspot.com. 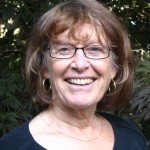 Kate Braid has muddled about in the intersection between loving trees and being responsible for cutting down whole forests full – as a carpenter and builder – for years.  She has written poetry and non-fiction about subjects from Georgia O’Keeffe, Emily Carr and Glenn Gould, to mine workers and fishers.  In addition to co-editing with Sandy Shreve, In Fine Form, she has published five books of poetry. Her memoir of fifteen years as a carpenter, Journey Woman, is forthcoming in 2012.  Her work has won and been short-listed for a number of awards and is widely anthologized.    See www.katebraid.com