FROM: Phoebe Bosche
TO: Raven Chronicles

The legacy of Northwest poet, teacher and environmental activist Jody Aliesan, who died on January 14, 2012, will be celebrated at a gathering at Richard Hugo House, 1634 11th Avenue, Seattle, on Sunday, October 14, from 2 to 5 p.m. The author of numerous books and chapbooks, Jody was a vital part of the region’s literary scene for over forty years. Readers/speakers include Tim McNulty, Jim Bodeen, Claudia Mauro, Alicia Hokanson, Michael Turnsen, Pamela Mills, Hallie Appel, Melissa Watson, and other friends.

“…My sense of the place of the poet in a culture has come most (consciously or unconsciously) from what’s leaked into me out of my Irish ancestry,” Jody wrote. “In ancient Irish/Gaelic culture the poets were the seers, historians, and keepers of the myths and sagas.” Jody made several trips to Ireland, researched and wrote of the oppression of the Irish in an unpublished manuscript, Speaking for the Dead, and studied sean-nos singing, which seemed a natural progression from her days as a singer/ songwriter/ performer in the 70s.

The most recent of Jody Aliesan’s eleven books and chapbooks, True North/Nord Vrai, was published in 2007, by Blue Begonia Press. Among the others are Loving in Time of War, Desperate for a Clearing, States of Grace, and Grief Sweat, which was also released as an audiobook. Her poems have appeared in many national periodicals, including The Los Angeles Times, The Wall Street Journal, The Literary Review of Canada, and in national and regional anthologies, such as Literature: The Power of Language and Crossing the River: Poets of the American West. Her work has been acknowledged by fellowships, grants, and awards from the National Endowment for the Arts, the Arts Commissions of King, Pierce, and Snohomish Counties, the Seattle Arts Commission, and Artist Trust. She served for 20 years as a contributing and poetry editor for Raven Chronicles.

Jody was also a researcher/writer of investigative reports on social justice and environmental issues, director of communications for an activist grassroots women’s center, creator/manager of The Urban Homestead (a conservation education project funded by the Appropriate Technology office of the U.S. Department of Energy), environmental columnist for The Seattle Times, and co-founder/first executive director of the PCC Farmland Trust, a non-profit land trust saving organic farmland from development.

Please bring a poem or memory to share at the open mic, if you like. Food provided by PCC. No host bar. Copies of some of Jody’s recent books will be available for purchase, and the proceeds will be donated to the PCC Farmland Trust.

RSVP, editors@ravenchronicles.org, if you are planning to attend. 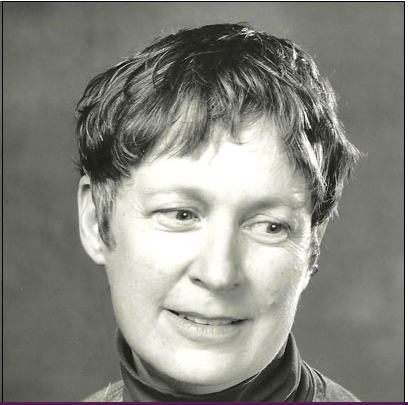