SPLAB is delighted to be part of the Small Press Expo at the Hugo House as part of APRIL Fest. We’ll be presenting a poetry bout of four poets, two from the home team (Cascadia) and two from that state to which we want to ship our Hanford Nuclear Waste, New Mexico. The Bout starts at 12:30P.

is a past board member for the Washington Poets Association, Head Poet for Madrona Center on Guemes Island, and Editor/Creative Director for NeoPoiesis Press. Rox is the author of making love in the war zone, impeach yourself!, blurst, son of blurst, the little book of luminosophy and this wonderful perpetual beautiful.

Nominated three times for the pushcart prize, he’s an international award winning poet who likes to challenge himself with singing in the shower.

The last time he was in a bout with anyone, he beat up his pacifist brother in 1967. 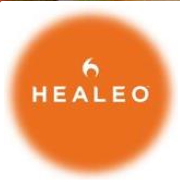 Amalio Madueño, lives in Rio Arriba County, New Mexico. Former president & co-producer of the Taos Poetry Circus, he has Twenty years of experience in the funding and development of poetry arts projects, programs, events and products. Amalio, in addition to running his own consulting firm, is a practicing poet with 18 chapbooks and two feature poetry volumes. He performs his work throughout the West. He has published widely in western journals including MalPais Review, Poetry (Chicago) Sin Fronteras, Border Senses, Exquisite Corpse, Askew, PageBoy, Café Review, Wandering Hermit, Between Sleeps, Saludos-Poets of New Mexico & Venus in the Badlands (Desert Shovel). Online his poetry is published most recently in the Smithsonian Latino Virtual Museum, The Pedestal.com and Inactual.com. His feature book Lost in the Chamiso was published by Wild Embers Press in 2006. His latest book, Spider Road, (2012) was published MouthFeel Press in El Paso, and his next feature length book if forthcoming in 2013. His latest CD, a recording of his Duende Poetry Series reading in Placitas, NM is by Vox Audio (NM). He founded the Border Poetics Consortium.

Nadine Antoinette Maestas is a poet’s poet and believes that the empire of the sentence is an extremely oppressive totalitarian regime. She prefers the company of poems so much that she would rather read a bad poem than a good novel, but when she is not doing poetry, Nadine loves mountain biking in dangerous and remote places in the Northwest. She teaches at the University of Washington and North Seattle Community College. She has facilitated writing workshops at the University of Michigan, Youthspeaks and has helped to pioneer poetry workshops in several public schools in California and Michigan. Nadine holds an M.F.A. from University of Michigan where she was awarded the Faraar award for playwriting. Her hybrid poem play “Hellen on Wheels: a Play of Rhyme and Reason” was performed at California College of the Arts. She is the co-author with Karen Weiser of “Beneath the Bright Discus” (Potes & Poets Press, 2000), and is currently writing a dissertation on postmodern American anthropoetics.

This event supported by Poets & Writers and 4Culture. 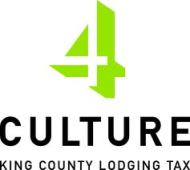