The State of Seattle Poetry 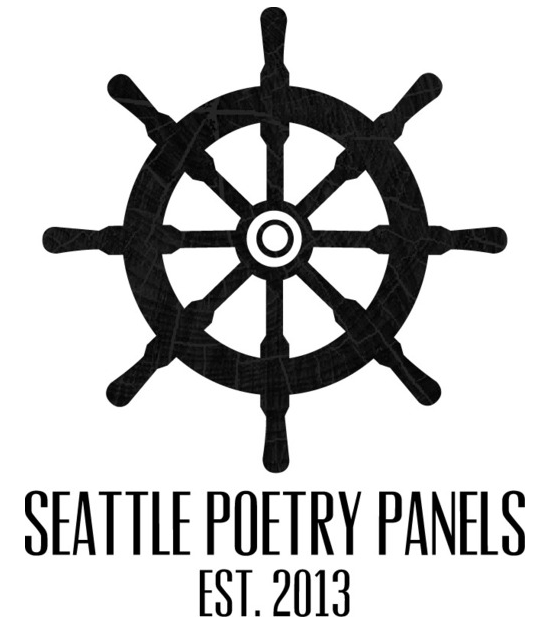 Hello everyone. Please see below for the first of a series of online poetry panels based out of Seattle. We’re starting it off with a moderated conversation on “the state of Seattle poetry.” I hope you can all attend (via Google Hangout). (See the archive video here.)

Founded by Greg Bem and Amber Nelson, Seattle Poetry Panels is a naturally occurring online phenomenon. For each panel, a Seattle poet is designated captain, gathers forces, and leads the charge on tough, in-depth investigations on any given subject related to poetry, Seattle, or Seattle poetry. These panels will take place in google hangout so anyone can watch from the comfort of their sofas and snuggies.
T H E  S T A T E  O F  S E A T T L E  P O E T R Y
March 24th, 7PM
Seattle is known far and wide for its courtesy. Google “Seattle Nice” and get 126 million results. But a healthy literary community demands criticism and criticism is seen here as not nice. When was the last time that you read a real review, one that was not praise from a friend or acquaintance of the poet, or a rip job by someone with a personal grudge. Captained by Paul Nelson, we’ll take the temperature of the local lit scene with four respected poets and activists who share their thoughts on what’s working and what’s needed to establish Seattle as a vibrant, innovative literary community.
Moderator: PAUL NELSON
Founder of SPLAB in Seattle and the Cascadia Poetry Festival. He wrote a collection of essays, Organic Poetry and a serial poem re-enacting the history of Auburn, WA, A Time Before Slaughter (shortlisted for a 2010 Genius Award by The Stranger.) One of his main writing projects currently is the next chapter of the history-in-verse mode of the Slaughter poem entitled Pig War & Other Songs of Cascadia.
He’s interviewed Allen Ginsberg, Michael McClure, Wanda Coleman, Anne Waldman, Sam Hamill, Robin Blaser, Nate Mackey, Eileen Myles, George Bowering, Diane di Prima, Joanne Kyger, George Stanley, Brenda Hillman, Emily Kendal Frey, many Cascadia poets & writes an American Sentence every day. www.PaulENelson.com
Panelist: DAEMOND ARRINDELL
Poet, performer, workshop facilitator: Curator of the Seattle Poetry Slam, a raucous and engaging weekly show including a performance poetry competition judged by 5 random audience members; 8-time coach of the renowned Seattle National Slam Team; has performed and facilitated workshops in venues throughout Washington State and across the country including the Boston Poetry Slam, Nuyorican Poets Cafe, NYC’s Louder Arts Project; twice commissioned by both Seattle and Bellevue Arts Museums; facilitates poetry and theater residencies at Monroe men’s prison through Freehold’s Engaged Theatre program;  and is a Writer-In-Residence through Seattle Arts & Lectures’ Writers in the Schools Program.
Panelist: CHRISTINE DEAVEL
A bookseller for over 20 years, Christine Deavel is co-owner of Open Books: A Poem Emporium, one of three poetry-only bookstores in the country. Her collection “Woodnote,” published by Bear Star Press, received the 2012 Washington State Book Award.
Panelist: GRAHAM ISAAC
Grew up in Seattle, Washington. Currently he serves as Co-Founder of the Claustrophobia Reading Series, Co-Curator of the Five Alarms Greenwood Lit Crawl, Host of the Works in Progress open mic at the Hugo House, and author of Filthy Jerry’s Guide to Parking Lots, a short collection of poetry and flash fiction. He recently joined the production team of Da’Daedal, a multimedia spoken word, music and dance program, while making his money as a tutor and professional bartender.
Panelist: KATE LEBO
Poems have appeared in Best New Poets, AGNI, and Poetry Northwest among other journals. She’s the recipient of a Nelson Bentley Fellowship, a grant from
buy steroids online

4Culture, and numerous writing residencies. After earning her MFA from the University of Washington in June 2012, she opened Pie School, a cliche-busting pastry academy. In October 2013, Chin Music Press will publish her first book, A Commonplace Book of Pie, based on her best-selling zine of the same name. Not so very long ago Kate worked for Richard Hugo House; now she teaches there.

Email Greg or Amber to be invited to the google hangout: gregbem@gmail.com & ambydexterous@gmail.com