Last night the Poems for Peace event was staged for the first time in Seattle at the Spring Street Center. A full report would be wonderful, but Meena Rose drove from Portland to participate and display her visual poems for peace. I found out only last night that she had to flee Baghdad as a war refugee, but this is her short Facebook post about last night’s event: 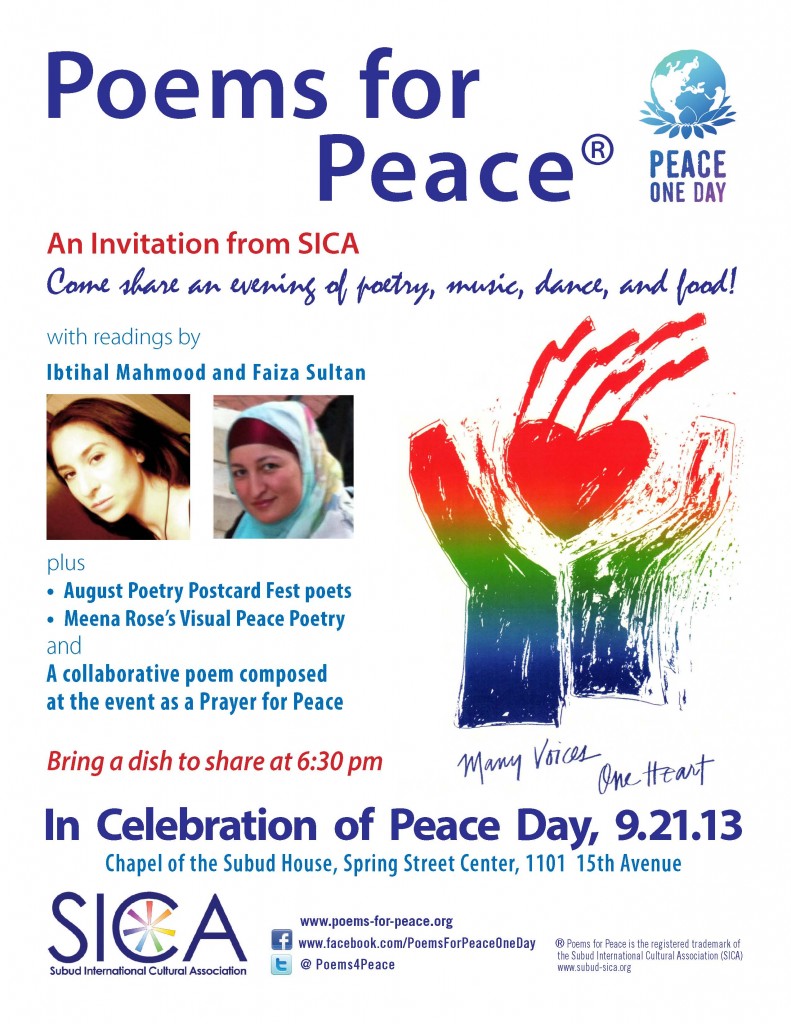 The Poems for Peace, Seattle event was nothing short of amazing. It was a long day for all of us: the drive, a couple of hours touring the Pacific Science Center then the magic of the evening culminating in a night of poetry, food and music.

I made a number of amazingly deep connections – some so deep and intense that I no longer remember the name of the person but only the significant imprint they left on my soul.

The flute music was nothing short of spectacular – hauntingly inviting. [Jim O’Halloran]. The Rant performed by Paul Nelson and his wife Meredith was phenomenal. [Diane diPrima’s poem].  The other readers simply WOWED. I definitely felt quite honored to be reading in the midst of such talented poets and performers.

Last but not least, I need to thank my children for allowing me this evening. They were the only kids on site and were relatively extremely patient with Mom doing her thing despite the late hour and the growing crankiness.

We will celebrate the U.N.’s International Day of Peace next year, as this SICA-initiated event begins to catch on around a planet yearning for something beyond business-as-usual, yearning for our birthright of peace and well-being for all living things everywhere.