We’re pleased to announce legendary Canadian poet Daphne Marlatt will be part of a reading at the Cascadia Poetry Fest and will be conducting a workshop at Spring Street Center, Friday, May 1, 2014, 9a-1p. Cost: $80. Email Paul Nelson at pen@splab.org, or do it online here: https://cascadiapoeticslab.org/contact-us/ 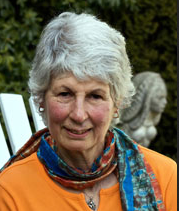