There are three, count ’em THREE off-site readings happening this week as part of the fiesta of writers that is known as the annual AWP Conference, which is in Seattle this year. Events will be held at Spring Street Center, in Seattle, a lovely facility 1.1 miles from the Convention Center where AWP is held. The address is 1101 15th Ave, Seattle, WA. 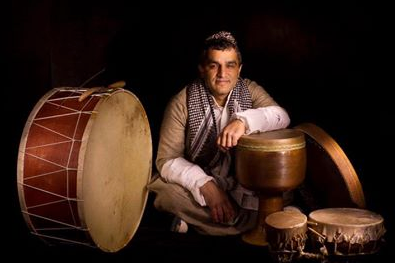 2) BEI, Thursday, February 27, 7:00PM- 11:PM. The event is sponsored by Black Earth Institute and we are inviting writers who have had work in About Place Journal, BEI Fellows and various friends and colleagues. Part of the impetus of this event is to explain more about the mission of Black Earth Institute, a progressive think tank of artist-fellows and scholar-advisers to work toward a society based on justice, spirit and earth-centeredness, as well as to get together many of us who have been involved in About Place, the literary journal BEI publishes quarterly to give voice to our mission.

3) Colorado Review, Yalobusha Review, and Ahsahta Press are proud to present A Midnight Triptych, AWP’s biggest late-night event. Join us for last call on Thursday night/Friday morning for an all-star line-up featuring Carmen Giménez Smith, Matthew Cooperman, Lucy Ives, Danniel Schoonebeek, Gillian Conoley, and C. Violet Eaton. 12M Thursday night/Friday Morning. The reading will be held in the basement of the Spring Street Center chapel (1101 15th Avenue)–just one mile from the conference center. Doors open at midnight and we’ll get started shortly thereafter, so don’t be late. Beer for sale or bring your own drinks. See you there!

DIRECTIONS FROM CONFERENCE CENTER
Get on Pike Street and head east (away from the water). Keep doing this until you hit 15th Avenue. Turn right at 15th and walk two blocks to Spring Street. The chapel will be on your right–take the outside stairs down to the reading.

OFFICIAL BIOS FOR THE MIDNIGHT READING

Carmen Giménez Smith is the author of a memoir, Bring Down the Little Birds, four poetry collections— Milk and Filth, Goodbye, Flicker, The City She Was, and Odalisque in Pieces. Milk and Filth was a finalist for the NBCC Award in Poetry. She is the recipient of a 2011 American Book Award, the 2011 Juniper Prize for Poetry, and a 2011-2012 fellowship in creative nonfiction from the Howard Foundation. A CantoMundo Fellow and formerly a Teaching-Writing Fellow at the Iowa Writers’ Workshop, she now teaches in the creative writing programs at New Mexico State University, while serving as the editor-in-chief of the literary journal Puerto del Sol and the publisher of Noemi Press.

Matthew Cooperman is the author of the text + image collaboration Imago for the Fallen World, w/Marius Lehene (Jaded Ibis Press, 2013), Still: of the Earth as the Ark which Does Not Move (Counterpath Press, 2011), DaZE (Salt Publishing Ltd, 2006) and A Sacrificial Zinc (Pleiades/LSU, 2001), winner of the Lena-Miles Wever Todd Prize, as well as three chapbooks. A founding editor of Quarter After Eight, and co-poetry editor of Colorado Review, he teaches in the Creative Writing program at Colorado State University. He lives in Fort Collins with his wife, the poet Aby Kaupang, and their two children. More information at: www.matthewcooperman.com

Lucy Ives is most recently the author of Orange Roses, a collection of poems and essays, and nineties, a novel about a decade. A new book, including a novella, The Worldkillers, is forthcoming in spring 2014. She lives in New York City and is a deputy editor with Triple Canopy.

Danniel Schoonebeek‘s first book of poems, American Barricade, will be published by YesYes Books in 2014. A chapbook, Family Album, is out now from Poor Claudia. His work has appeared or is forthcoming in Poetry, Tin House, Boston Review, Fence, BOMB, Indiana Review, Guernica, jubilat, and elsewhere. He writes a column on poetry for The American Reader, hosts the Hatchet Job reading series, and edits the PEN Poetry Series.

Gillian Conoley‘s new collection, her seventh, is PEACE just out with Omnidawn. Her translations of Henri Michaux, THOUSAND TIMES BROKEN: THREE BOOKS BY HENRI MICHAUX, will be out with City Lights in fall 2014. She edits Volt and is Poet-in-Residence and Professor of English at Sonoma State University.

C. Violet Eaton is the editor of Bestoned, a handmade journal of new metaphysical verse. Recent work has appeared in Colorado Review, Cannibal, Aufgabe, and Yalobusha Review. A chapbook, No Outside Force Can Harm the Coyote, is forthcoming from Free Poetry. He lives in Arkansas with his wife, the poet Sara Nicholson, and sells used & rare books.