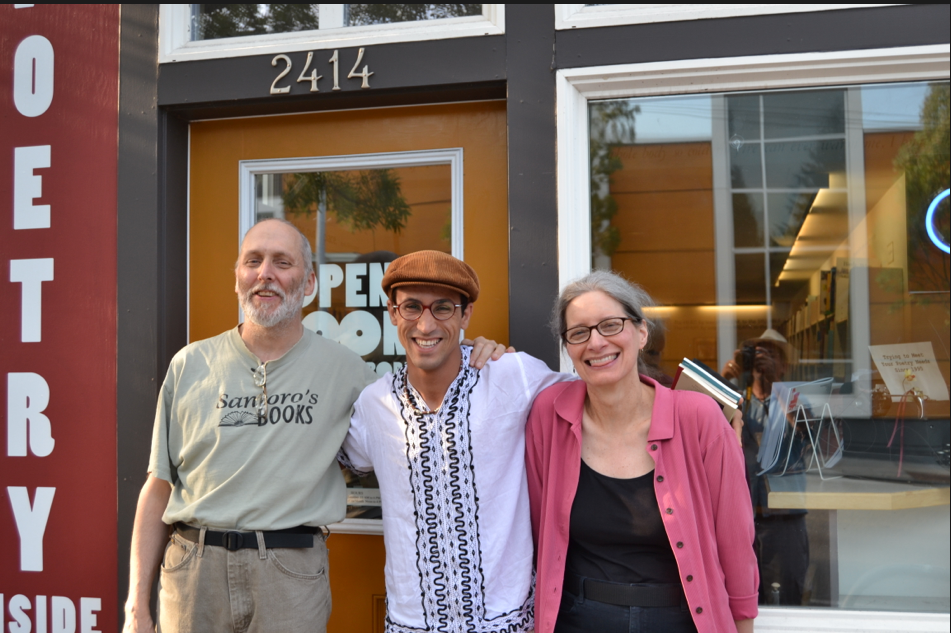 When touting Seattle’s status as a literary town, inevitably Open Books is noted, one of (now) three all poetry bookstores in the US of A. And sometimes those who note it have actually been there and John Marshall and Christine Deavel know and remember. Asked about one local poetry “impresario” I was told “we’ve never seen them in here.” The implication is that, while many like to be connected to poetry because of some kind of status, they know the ones who spend their hard-earned cash ON poetry and are happy to point that out, if asked. The “if asked” part is important, because, as the blurb for John Marshall’s award-winning book Meaning A Cloud suggests there is in his work (& by extension, his life) a “playful lyric precision.” This is not as easy as it looks.

Take a couple of poems from that book, first published in the beautiful  2005 Wood Works Press chapbook Taken With, which focus on the end stage of his mother’s life.

My distemper
Mother called the toothpaste foam
waiting for an aide to help her rinse.

All day long she said I’m D.I.C.
my niece the veterinarian having once told her
the code for Dead In Cage.

Not a pet exactly but now
an animal that’s taken to saying thanks
for most anything at all.

Like a forest filled
all with things I didn’t know
I woke into her stroke.

Her hair got rinsed
in the roommate’s TV’s blues.
I was on the margin of her sleep.

and it told me
she used to be your carriage now
it’s up to you to come and go.

I have been in many times for books, to drop off bookmarks for SPLAB events, as the store is a nexus of Seattle’s poetry community and once told John: “I don’t know why I am buying books, because I have no money.” With that playful lyric precision, without skipping a beat to think he said: “If we only sold to people who have money we’d be out of business.”

And Christine is a fellow transplanted Midwesterner, so has a soft spot in my heart because I’m an “old Chicago hand” in the words of Ed Dorn. Her award-winning book Woodnote goes into the less dramatic, (than Cascadia) but equally present nature of her hometown in the poem, Home Town (Over and Over): 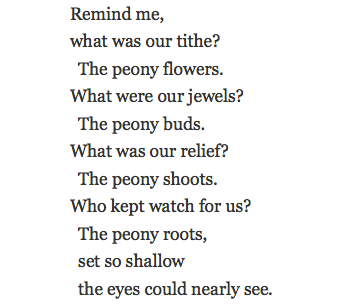 I bring this up because these two poets are the feature this Wednesday at Seattle Arts & Lectures Poetry Series at 7:30 PM in the ACT Allen Theater. The poetry impresario won’t be there, but anyone who cares more about Seattle poetry than their own CV should make an effort to give these two their due.

That they’ll be selling copies of books by Canadian poets the first night of the Cascadia Poetry Festival tells you something about their commitment. Permit me two last stories which give you something of the depth of Christine’s character. I was not able to make the reading at Open Books which featured Aaron Shurin, a Robert Duncan fan (& lover) and wanted to get some depth on Duncan, only to be disappointed. It made my American Sentence that day:

And her inscription of my copy of Woodnote is signed:

With gratitude and delight –
a fuck of a lot of both,

The feeling is mutual, PN