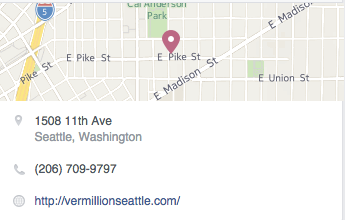 I remember the late Marion Kimes saying that Red Sky Poetry Theater was successful in part because of some of the spinoff groups that came from it, including Subtext and SPLAB. SPLAB takes a modicum of pride in the highly successful Breadline reading series which was started by three Seattle poets who met at the old SPLAB venue in Columbia City. Greg Bem, Alex Bleecker and Jeremy Springsteed created a multi-media reading on Capitol Hill which garnered great reviews, had excellent attendance an was not afraid to put a molecular biologist on the mic between a poet and a rock band. Their last event is June 17 and it coincides with the release of an anthology they’ve created taken from many of the featured readers over the years. What was happening in Seattle writing between 2011 and 2015? The anthology will give you a very good sense of that. Congrats Breadliners. Now get some rest before your next projects.

dearly beloved,
we know we’ve cried wolf before, but now we’re crying wolf and we really mean it.  won’t you join us for the very last breadline ever – next wed, june 17th?  we’ve got 5 phenom features – bay area poet/essayist amy glynn, essayist steve barker, poet shae savoy, prose writer anne bean, and singer-songwriter trent thornley – who will simply destroy you.  come get destroyed.
we’re also releasing our 4-year culminating anthology, and encouraging all contributors to come share their pieces, so you’re in for a erkstra spershal treat.  followed, time permitting, by the 24-hour open mic.  come say goodbye with us…
– a/j/g 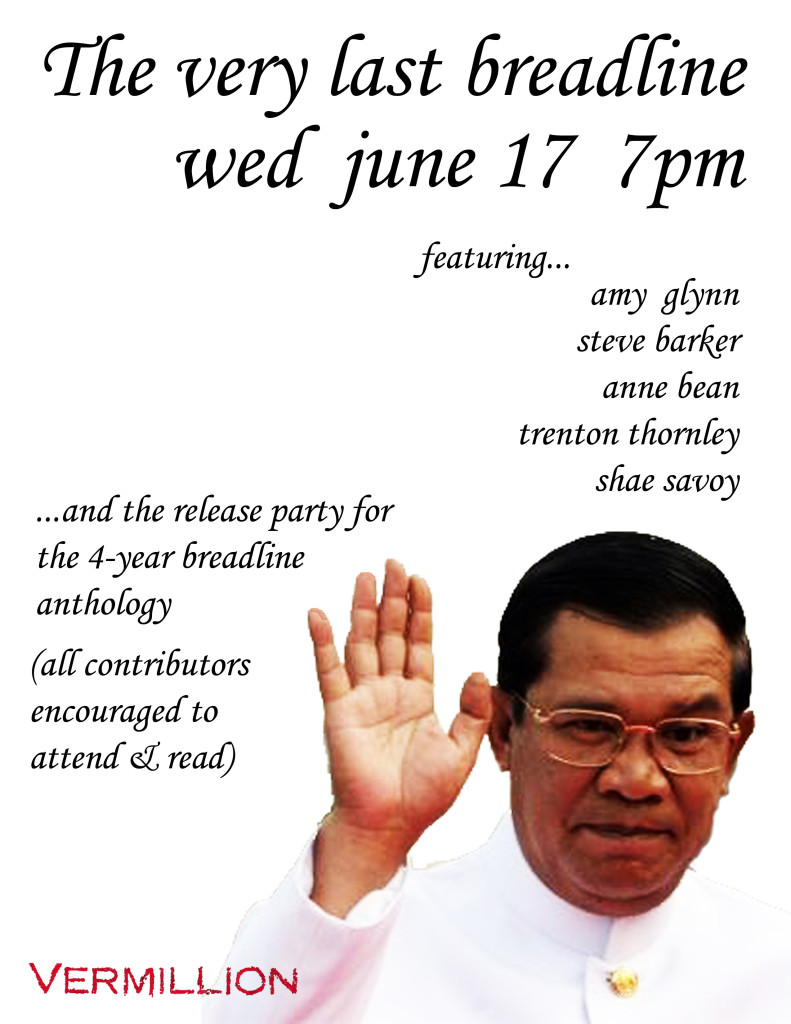