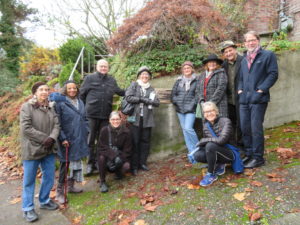 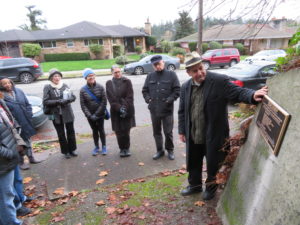 A small but appreciative group of Denise Levertov fans (including her former doctor) gathered Saturday (12.3.16) at the house in Seattle’s Seward Park neighborhood to attend the unveiling ceremony for a plaque erected in her memory.

Colleen McElroy was the guest of honor and read a story about her many tea-times with Levertov. Jayne DeHaan, of the Rainier Valley Rotary, the organization that partnered with SPLAB to raise funds for the plaque, took many photos and Miles Welch of the Angeline Apartments in Columbia City battled rain and rebar to make sure the plaque went in with care. Feel free to check it out at 5535 Seward Park Av. S. in Seattle just north of Orcas. 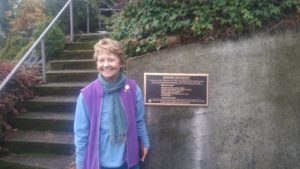 A big thanks to all the contributors: 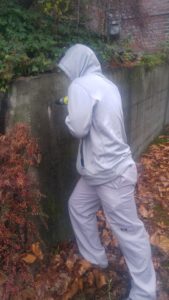