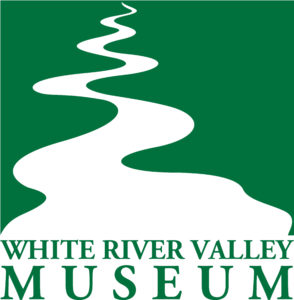 AUBURN WA:  With a grant from 4Culture, onetime Auburn resident, disc jockey, poet and intellectual Paul Nelson organized his radio programming into a cohesive archive and donated it in its entirety, to Auburn’s White River Valley Museum. Nelson’s extensive archive dates from 1990 to 2005. It has:

At the height of Nelson’s syndication his program aired on as many as 18 radio stations weekly. Nelson lived and worked in the Auburn from 1992 to 2009, a significant portion of his professional life. Nelson’s non-profit organization, It Plays in Peoria Productions, was founded at his home in Auburn. In 1999 he built a sound studio and poetry center in Auburn at 14 S. Division. He prided himself as an Auburn community supporter and interviewed many local residents including:

“I remember Paul as a goateed intellectual with a wily smile,” recalls Museum Director Patricia Cosgrove.“ He has a perfect radio voice and using that he brought both the Auburn community and a much larger audience a wide variety of intellectual, poetic and thoughtful discussions.”

In addition to being an active poet, Nelson founded various organizations and projects, including: SPLAB (Northwest Spoken Word LAB, now known as Seattle Poetics LAB), Global Voices Radio, It Plays in Peoria Productions and Auburn Community Radio. Among his published works are the epic poem A Time Before Slaughter which documents the pre-history and early history of the town once known as Slaughter and since renamed Auburn.

Curator of Collections Hilary Pittenger is excited to begin work with these treasures. “While it may take a few years, we plan to fully catalogue this collection, create digital copies and make them accessible to Museum patrons and staff for research and programs, and host them on our website, accessible to researchers around the world.”