Make It True: Poetry From Cascadia 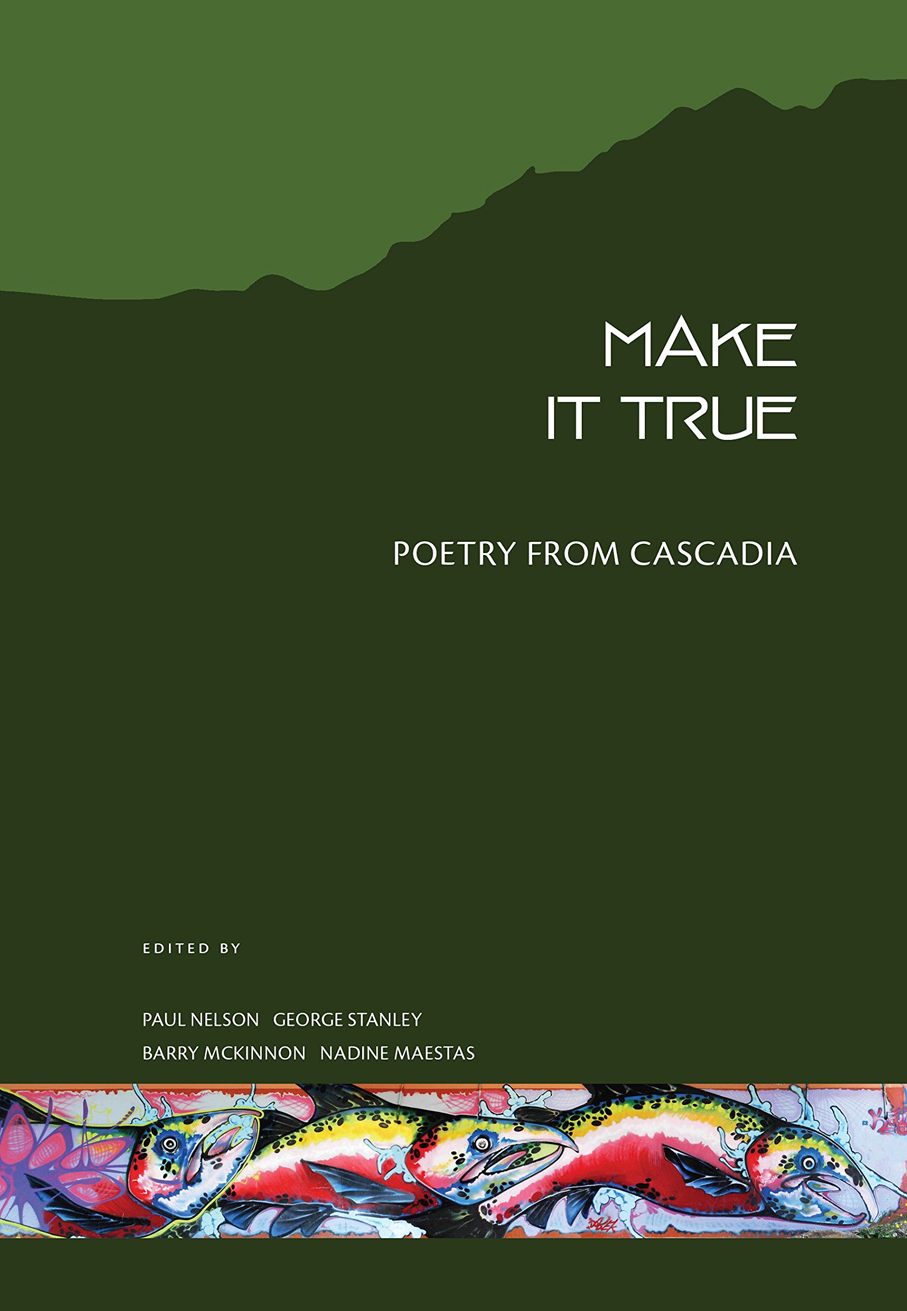 A collection from poets writing from the bioregion lying west of the continental divide, spanning from Cape Mendocino in the south to Mt. Logan in the north. An attempt to deepen the sense of place. A call to inhabit it as if our lives and livelihoods depended on it. An attempt to resuscitate the poetry culture from the trance cast by the pop/consumer/industry-generated culture — an anti-culture which, as Edward Abbey understood, serves to consume everything, including the biosphere: “Growth for the sake of growth is the ideology of the cancer cell.” Paul Nelson: The best of these poems have an exactness of naming and imagery, the light of the mind Diane di Prima recognized as “intellectus” along with the wildness of the mind Charles Olson would suggest was a use of speech at its “least careless and least logical.” They sing, or they baffle. They inspire and/or they reveal. They are among the best poets practicing here in this place today, as best we could gather as a starting point for discussion and for the effort to remember (or imagine) what it is to BE somewhere and be fully present. To live here as if we again venerated this place and all its marvelous interconnected systems. George Stanley: I think younger poets in particular may be moving past irony—past writing that conveys no more than a cynical, tongue-in-cheek, or superior attitude—and writing more straightforwardly about the realities and conditions they believe need to be addressed in this world. Barry McKinnon: If the word “subject” is still in the post-modern lexicon, I believe the poet’s subject is time—and that language discloses the actualities therein. Emotion is the poem’s fact. Herein, then, the Cascadia poets in the reality of their time, their actualities, writing in the necessary task of what language and emotion reveals.