We were delighted to present four master poets for our Founding Supporters, those who have contributed at least $100 to launch the new phase of the Cascadia Poetics LAB. The private reading took place via Zoom, Friday, November 5, 2021 at 7pm PDT. To become a Founding Supporter, click DONATE. The readers: 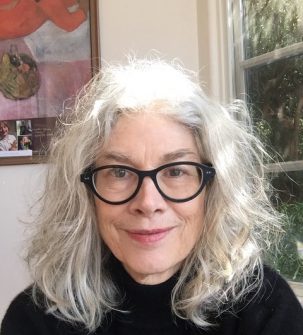 Brenda Hillman is the author of ten books of poetry, including Extra Hidden Life, among the Days (2018), which won the Northern California Book Award. Her work has also received the William Carlos Williams Award from the Poetry Society of America, the Griffin International Prize for Poetry, the Academy of American Poets Fellowship and most recently, the Morton Dauwen Zabel Award for Innovative Writing from the American Academy of Arts and Letters. She has edited and co-translated over a dozen books, including most recently At Your Feet by Brazilian poet Ana Cristina Cesar, which she co-translated with her mother. Named by Poets and Writers as one of the world’s “Fifty Most Inspiring Writers,” Hillman currently serves as a Chancellor for the Academy of American Poets, Co-directs the Community of Writers Poetry Week and is a Professor in the M.F.A. Program in Creative Writing at St. Mary’s College of California. She lives in the San Francisco Bay Area. 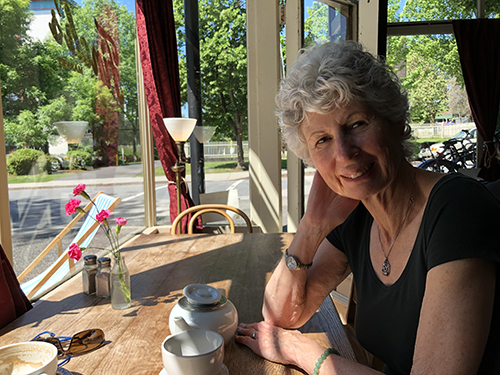 Daphne Marlatt was born in Melbourne in 1941 and spent much of her childhood in Malaysia before emigrating to Canada in 1951. Marlatt was at the centre of the West Coast poetry movement of the 1960s, studying at the University of British Columbia and with many of Donald Allen’s New American Poets, most notably Robert Creeley and Robert Duncan. Much of her postmodernist writing would be attuned to the adjustments, struggles, and accomplishments of immigrants. Co-founding editor of two literary magazines: periodics and Tessera. Intertidal: The Collected Earlier Poems, 1968-2008 (Talonbooks, 2017) includes her 1969 collection leaf leaf/s as well as her influential 1970s long poem Steveston  and her later This Tremor Love Is, love poems spanning twenty-five years.  Most recently, Then Now (2021) offers short line poem responses to excerpts from her father’s 1930s letters from Penang and includes a sequence of longline poems based on her childhood and later memories there.

In 2006, Marlatt was appointed to the Order of Canada in recognition of a lifetime of distinguished service to Canadian culture. In 2009, she was awarded the Dorothy Livesay Prize for Poetry, for her innovative long poem The Given, and in 2012 she received the George Woodcock Lifetime Achievement Award.

John Olson is the author of numerous books of prose poetry, including Backscatter: New and Selected Poems, Larynx Galaxy and (most recently) Weave of the Dream King. In addition to poetry, he has also authored five novels, including Souls of Wind, The Nothing That Is, The Seeing Machine, In Advance of the Broken Justy, and Mingled Yarn, an autobiographical fiction. He was the recipient in 2004 of The Stranger Genius Award for Literature and in 2012 was shortlisted for a Washington State Arts Innovator Award. 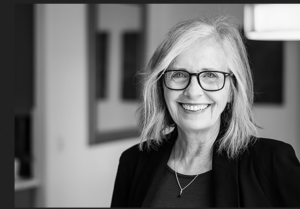 A Cascadian poet, writer, editor and critic, Sharon Thesen’s eleven books/chapbooks include The Good Bacteria, Oyama Pink Shale and The Receiver. She is Professor Emeritus of Creative Writing at UBC’s Okanagan Campus. She edited two editions of The New Long Poem Anthology, two editions of Charles Olson’s correspondence with book designer Frances Boldereff, and a Governor General’s Award–winning selected poems of Phyllis Webb, The Vision Tree. While teaching English and Creative Writing at Capilano College (now University), she held various editor positions at The Capilano Review, and while teaching at UBC Okanagan, co-edited, with Nancy Holmes, Lake: A Journal of Arts and Environment. She is currently is a contributing editor to Dispatches from the Poetry Wars. Sharon’s poetry workshops (Pinecone Writing Workshops) are attended by Okanagan writers and provide a space for fresh engagements with poetics. Recent writing includes an introduction to Anansi’s “A-list” reprinting of Paulette Jiles’s Waterloo Express and a review of Stephen Collis’s Almost Islands for BC BookLook, a collaborative chapbook with Penn Kemp (P.S., KAL Press 2020), numerous blurbs and endorsements, the odd magazine publication of a poem or two. She is currently working on a prose manuscript.

There will be Q&A after the reading. Our thanks to the poets for participating.

Interviews with poets can be found here: https://paulenelson.com/american-prophets-interviews/