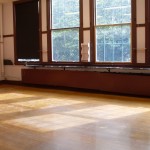 New SPLAB in Columbia City before the loveseat recliner arrived

Our 2010/2011 season kicks off in our new SPLAB Tuesday, October 26, at 7PM with Living Room. Come to read new work for a gentle critique, come to share the work of someone else, or come just to be in the engaging company of other writers.

Bring 10 copies of your new work to the circle, come early to get one of the two loveseat recliner spots and learn about SPLAB swag from the wily Almondina.

3528 S. Ferdinand, but enter from Edmunds. There is parking right outside the doors of the Cultural Center and we’re about two blocks from the Columbia City stop on the Link light rail system. Suggested donation $5. The facilitator will be your friendly neighborhood SPLABman.