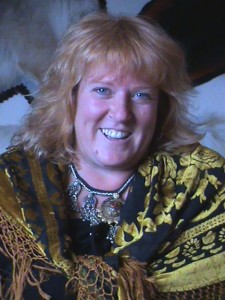 Former San Juan Island resident, Barbara Ludwig, AKA Blue Bus Barb, has been a traveler without an agenda since the early 80’s. A storyteller in the oral tradition, she was encouraged by friends to set pen to paper several years ago. As a result, she now finds her work included amongst the work of 41 other authors in a travel cookbook anthology released by Random House. “Female Nomad and Friends” includes stories and recipes that show our common connections and humanity. All royalties are being donated to a vocational training program in New Delhi, India to benefit children of the slums. The funds are being distributed through Rotary International. Barbara is promoting the book on a world wide tour starting in Alaska and finishing in India. Proceeds from the sales on HER tour will benefit local charities.


Film – Director Danny Boyle’s 2008 film, “Slumdog Millionaire” follows the trials and travails of a Mumbai teen who finds himself a contestant on India’s version of “Who wants to Be a Millionaire.” This Oscar sweeping film will bring India to your doorstep and stir your senses as only that country can do.