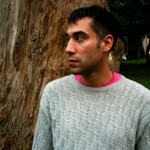 100 THOUSAND Poets For Change happens at SPLAB September 24, 2011 and around the world. Cedar Sigo is our featured poet at 8P. (Main website here.) Cedar reads at 8P and facilitates a workshop from 3-6P on the San Francisco Renaissance (Joanne Kyger, John Weiners and Jack Spicer) and will feature Ted Berrigan’s blueprint for a poem to be written spontaneously. We ask a $20 suggested donation for the workshop. Join Us! 11A – 9P

San Francisco poet Cedar Sigo was born February 2, 1978. Raised on the Suquamish reservation near Seattle, he was home schooled from the eighth grade onward. In 1995 he was awarded a scholarship to study writing and poetics at The Naropa Institute in Boulder Colorado.

Nilki Benitez is a Colombian-American journalist & poet who grew up Latina on the Eastside in the ’80s, who now enjoys picking up the pieces & putting them back together in poetry and prose. Nilki has studied under Martin Espada & is an Acéntos Poetry Foundation Fellow (the Bronx, NY). 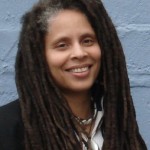 Jourdan Keith, Seattle Poet Populist Emeritus and Seattle Public Library’s first Naturalist-in-Residence is the founder and director of Urban Wilderness Project, a community organization providing culturally based storytelling, restoration and wilderness programs rooted in social change. Keith believes that shifting our mindset so that we see ourselves as a part of the natural world is critical to restoring the ecology of our communities, reducing domestic violence, and healing historical injustices. She has received awards, fellowships and residencies from 4Culture, Seattle’s Office of Arts and Cultural Affairs, Hedgebrook, Jack Straw Writer’s Program, and VONA. An excerpt from her memoir, Coyote Autumn, is in the anthology Something to Declare (University of Wisconsin). 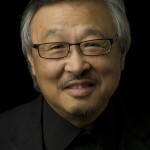 Larry Matsuda was born in the Minidoka, Idaho War Relocation Center during World War II. He and his family along with 120,000 Japanese and Japanese Americans were held in ten concentration camps without a crime and without due process for approximately three years. Matsuda has a Ph.D. in education and was recently a visiting professor at Seattle University. A junior high language arts teacher and Seattle School District administrator and principal for twenty-seven years, he studied with Nelson Bentley at the University of Washington and has participated in the Castilla Poetry Reading Series there. His poems appear in Poets Against the War website, The New Orleans Review, Floating Bridge Press, The Raven Chronicles, Cerise Press, Black Lawrence Press website, and the International Examiner Newspaper. In 2005 he and two colleagues wrote and co-edited the book Community and difference: teaching, pluralism and social justice, Peter Lang Publishing, New York. In July of 2010 his book of poetry entitled, A Cold Wind from Idaho was published by Black Lawrence Press in New York. 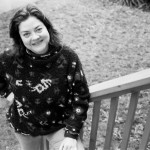 Frances McCue is a writer and poet who lives on Capitol Hill in Seattle. She was the founding director of Richard Hugo House from 1996 to 2006. McCue is a public scholar who brings community arts and culture projects together with work in academic spheres. McCue is the author of two poetry collections, The Stenographer’s Breakfast and The Bled, a newly-released collection of poems about living in Morocco for a year. Her book on Richard Hugo, The Car That Brought You Here Still Runs, follows her journey through the Northwest in search of the source of Hugo’s poems about towns.  She has been a Fulbright Senior Scholar, an Echoing Green Fellow and a Klingenstein Fellow. 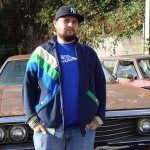 Brian McGuigan is poet, writer and performer. He is the curator of the popular reading series, “Cheap Wine and Poetry” and “Cheap Beer and Prose,” and program director at Richard Hugo House. In 2010, McGuigan was shortlisted for The Stranger’s Genius Award in Literature, and in 2008, he was a fellow in the Jack Straw Writers Program. Spankstra Press published his chapbook of poetry, “More Than I Left Behind,” in 2006. Currently, McGuigan is at work on a multimedia personal essay about his struggles with weight loss entitled “Fat Fuck,” which he has presented excerpts of at Bumbershoot, Central Cinema and Annex Theater. He has also been working on a collection of poetry entitled “Eat the Rich.” He writes short stories here and there and blogs regularly about health, fitness and fatherhood at brianwithani.com. McGuigan’s poetry and writing has appeared in The Stranger, City Arts, Seattle magazine, Rivet Magazine, Filter Literary Journal, Slipstream and others. He was born and raised in Queens, NY.

Judith Roche is the author of three poetry collections, most recently, Wisdom of the Body. Black Heron Press. and editor of First Fish, First People: Salmon Tales of the North Pacific Rim, both have been American Book Award recipients. She was Distinguished Northwest Writer at Seattle University 2007, Literary Director Emeritus for One Reel, and a Fellow in the Black Earth Institute. She has taught extensively in adult and juvenile prisons, and taught poetry workshops throughout the country. 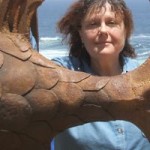 Eugenia Toledo was born in Temuco, Chile, and grew up in the same neighborhood as Pablo Neruda. She came to the U. S. in 1975 to pursue a Ph. D. in Latin American Literature at the University of Washington. She has published a book about the Spanish writer Fray Luis de León; two books of poetry in Spanish, Arquitectura de ausencias (Editorial Torremozas, España, 2006), and Tiempo de metales y volcanes (Editorial 400 Elefantes, Nicaragua, 2007); and a chapbook, Leaf of Glass, which won an Artella contest in 2005. A new, bilingual manuscript of poems, Trazas de mapa / Map Traces, written after her return to Chile with Carolyne Wright in late 2008, won a 2009 grant from 4Culture. 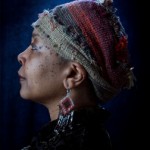 A literary and visual artist, Carletta Carrington Wilson’s poems have been published in print in Cimmaron, Pilgrimage, Seattle Review, Obsidian III; Seattle Poets and Photographers:  A Millennium Reflection; Raven Chronicles and Beyond the Frontier:  African American Poetry for the 21st Century and online in Rattapallax and Torch.  Most recently, she completed Poem of Stone and Bone a work of text-and-image as artist-in-residence at the James Washington Foundation. 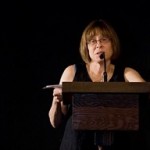 Deborah Woodard’s first full-length collection of poetry, Plato’s Bad Horse, was published in 2006 (Bear Star Press). She has recent work in Lillien Waller’s anthology: American Ghost: Poets on Life After Industry (Stockport Flats, 201l). Her new collection, Borrowed Tales, is forthcoming from Stockport Flats in 2012. In collaboration with Giuseppe Leporace, she has translated the poetry of Amelia Rosselli: The Dragonfly: A Selection of Poems, 1953-1981.(Chelsea Editions, 2009). Woodard teaches at the Richard Hugo House in Seattle, where she will be offering a class on William Blake this fall. 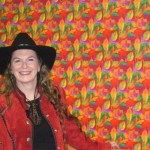 A Seattle native who studied with Elizabeth Bishop and Richard Hugo, Carolyne Wright spent a year in Chile on a Fulbright-Hayes Study Grant during the presidency of Salvador Allende. She serves on the faculty of the Northwest Institute of Literary Arts’ Whidbey Writers Workshop MFA Program. Her nine books and chapbooks of poetry include Seasons of Mangoes and Brainfire (Carnegie Mellon U Press / EWU Books, 2nd edition 2005), which won the Blue Lynx Prize and American Book Award; and A Change of Maps (Lost Horse Press, 2006). Just published is Mania Klepto: the Book of Eulene (WordTech Communications / Turning Point Editions), featuring the post-modern alter-ego Eulene. Also published are a collection of essays and four volumes of poetry translated from Spanish and Bengali.