Join us at SPLAB, Wednesday, September 21st at 7:30 for a reading of one visiting poet (New Orleans) and one recently transplanted poet who has become very active in the local literary scene. 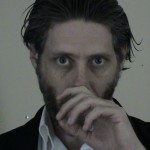 Verna Press, in New Orleans is touring the West Coast with the poet David Rowe to promote his collection, ‘Unsolicited Poems,’ and to gather submissions for an upcoming edition of ‘Dorado,’ a letterpress lit magazine that Verna Press produces.
http://www.vernapress.com 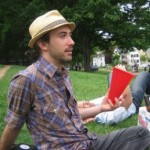 He spent most of 2010 in Dharamsala, India writing thinly veiled pro-Tibetan independence propaganda for The Tibet Post International (an online newspaper-in-exile), and being the falangster of love in southeast Asia. His first poetry chapbook Found in a Cord was published by Poets Wear Prada Press in 2006, and he is a regular contributor to Uphook Press anthologies. He is one of three facilitators of the Breadline reading series on Capitol Hill and is a SPLAB Living Room facilitator.

A native of Worcester, Mass., David Rowe was educated at Swarthmore. His poems have appeared in the Cortland Review, the North American Review, Big Bridge, Dorado, Solid Quarter, Exquisite Corpse, YAWP, & in the anthology, the Maple Leaf Rag. A poet equally of the stage & the page, David has read his poetry on the Moe Green Poetry Show & WWOZ, & at countless venues both in the States & abroad.

Suggested donation for the evening is $5 to help SPLAB continue its work and give the touring poet a little cash for gas.