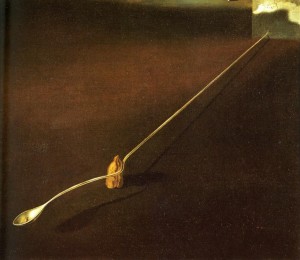 In the 1880’s Nietzsche declared, God is Dead.  God remains dead.  And we have killed him.  Atheists would argue God was never alive to begin with.  Religious fundamentalists disagree.  But for the large majority of us – Agnostics, freethinkers, lapsed…whatevers – there’s an element of uncertainty about the existence of the divine – however defined.  Rather than engaging in a theological debate, we’ll examine poems that question the notion of big-G God – poems that describe those moments when we’ve felt something.  Did that really just happen?  Did I feel what I think I felt?  Am I a believer or a non?  Bring poems – original or otherwise – that investigate this theme. Alex Bleecker is your facilitator.

Living Room is a wrier’s critique circle that happens in at SPLAB in the Cultural Corner of the old Columbia School, between Rainier AV S and 36th AV S, on Edmunds. We’re 2 blocks from the Columbia City Link Light Rail Station. Parking is available on the school grounds.)  Join us every Tuesday at 7PM, suggested donation $5 to help keep the lights on.