As I prepare to make one last presentation at one last Living Room in Columbia City, I am taking a moment to look back and consider all the great things that happened in our three year run here.

My wife Meredith and I planned to relocate to Seattle as soon as my oldest daughter Rebecca graduated from Auburn High. I left Queen Anne in 1992 for a house in Auburn with my first wife, Janice. It was a promise I made to Rebecca to stay in Auburn until she graduated from high school that kept me there, for I felt, culturally, more like a Seattle-ite than a Slaughter-ite. She graduated in June of 2009.

As we plotted our move to Seattle, the first notion Mer and I had was to follow former Auburn residents Dick Burkhardt and Mona Lee to the Othello neighborhood, close to the Link Light Rail line and more diverse than most Seattle neighborhoods. As we looked for homes to rent, increasingly we were drawn to Columbia City’s amenities, the great restaurants, the cultural vibrancy and also its proximity to light rail. We settled at 43rd & Alaska on August 1, 2009, (yes Seafair weekend, ugh) and soon were deciding to invest in the neighborhood in the best way we knew how, through service and, specifically, through the literary arts. Restarting SPLAB here seemed like a great idea.

After coordinating the poetry stage at the 2009 Bookfest Paul Doyle organized in the former Columbia School and getting involved in the Columbia City Business Association and the Rainier Valley Cultural Center, we were able to stage a season of Living Room events at the old Columbia City Cinema thanks to Paul Doyle’s generosity, as well as welcome Visiting Poet Michael McClure to the RVCC. We also re-introduced the Ginsberg Marathon in this neighborhood, thanks to Empire Espresso. We got a great logo designed by David Sherwin and a wonderful website designed by Tim Aidlin. 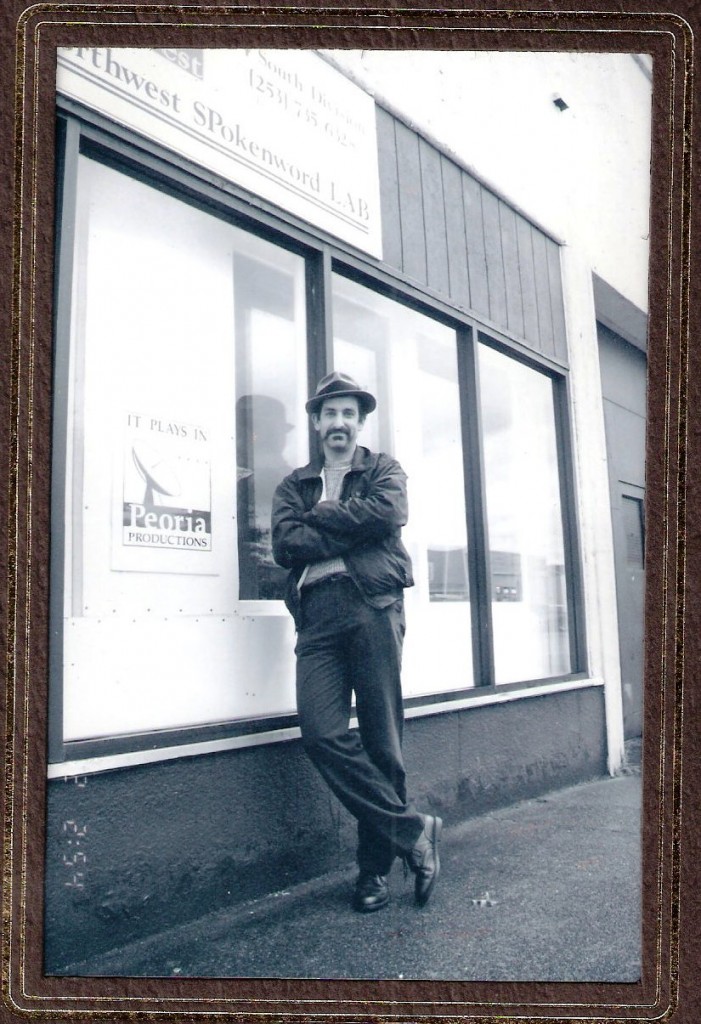 Neighborhood contacts led us to having a SPLAB of our very own for the first time since the original Northwest SPokenword LAB in Auburn at 14. S. Division.

We were able to share a space with Joanne Lauterjung Kelly, and when she relocated to Burma, Shelley Morrison and later Karen Kinney moved their respective organizations to what was being called the Cultural Corner. This, in the part of the Columbia School not occupied by the Torah Day School. The terms we good and the space a warm and open one, perfect for literary events and writer’s critique circles. A former elementary school classroom. Subud Brother Jim O’Halloran helped me cleanse the space.

When I look at the list of Living Room topics from just this past season, linked here, I wonder how we did it all. Having amazing facilitators over the past couple of years was fortuitous. Thank you Alex Bleecker, Jeanne Morel, Maryna Ajaja, Greg Bem, Jeremy Springsteed, Anthony Warnke, Joe Chiveney, Scot Brannon, Graham Isaac, Nadine Maestas, Mary Sherwin, Kristen Young and Jeanine Walker. (The fact that Greg, Alex and Jeremy met through SPLAB and created the engaging and popular Breadline reading series makes letting go a little easier.) And what a gas the last Gineberg Marathon was! Thanks especially to Greg Bem and Aaron Kokorowski.

Wabi Sabi donated dinner for Michael McClure’s visit. Poets & Writers was often the first to make a grant for any given literary event and 4 Culture gave us a sizable one for Nate Mackey and Brenda Hillman. The State Commission on Humanities and WESTAF also provided some funding.

Mer and I did all this as volunteers and we are so much better off for having done it.

With the arrival of Ella Roque on March 17, 2012, our time is not as available and our finances will require future versions of SPLAB to be self-sustaining. We have plans to make that happen, so stay tuned to your friendly neighborhood E-Fishwrapper.  It is our email newsletter which comes out usually twice a week.

I am grateful to Tutta Bella for stepping up with a donation of food for our last Living Room, Tuesday, June 26.

Please consider attending 100 Thousand Poets for Change, produced by SPLAB in association with the Richard Hugo House on September 29, 2012. Details coming here soon. And thanks to everyone who had a little part. 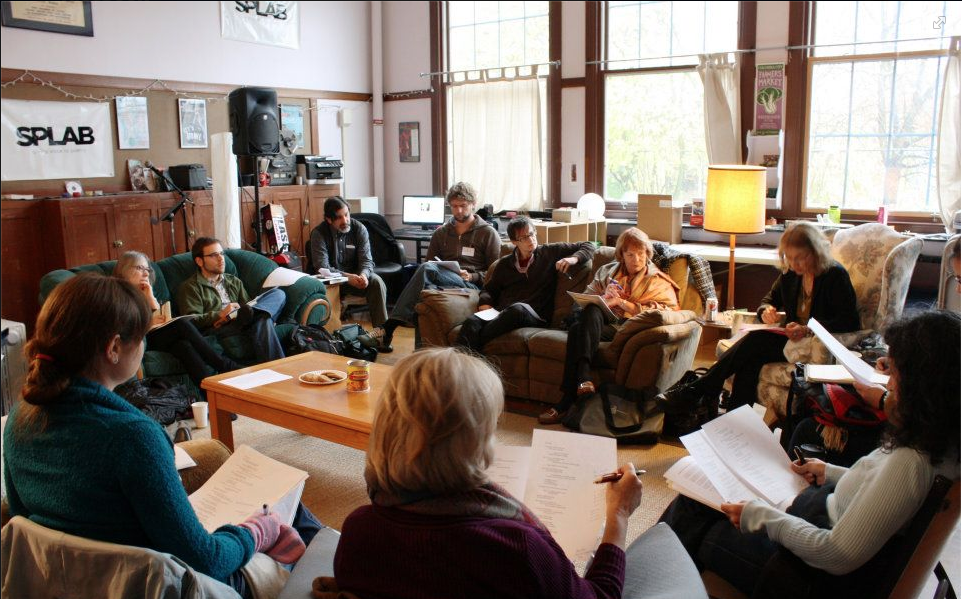