Hi!
It’s been about four years since the last one, but I’m pleased to announce that I’ve finished a new chapbook, called Filthy Jerry’s Guide to Parking Lots, out this month on Babel/Salvage. (it didn’t take four years for this book, I’ve been doing other things as well.) 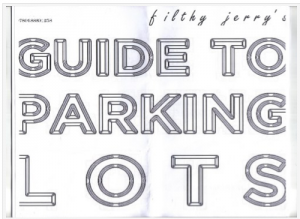 To celebrate, we’re having a shindig Best price on propecia in Belltown at the Rendezvous Jewelbox Theater, Sunday, February 17th at 7pm. There’ll be books for sale, I’ll read, and there will also be sets by Emily Wittenhagen, Jason Conger Word Orchestra, Ryan Johnson and the debut of comedy duo The Great Consultation. We’re asking a $3-5 suggested donation.

I’d love to see you there– you may or may not have been pinged by me on facebook about this, but studies have shown that it’s far more meaningful to have your name personally entered into a bcc field.

thanks! I will see your faces soon.
g