Book of Frank by C.A. Conrad (Reviewed by Greg Bem) 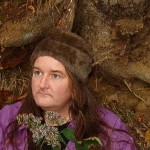 Here is a little bit about the new edition of CAConrad’s the Book of Frank. First of all, it’s a collection of poems. It’s a book with a history. It’s got the old Frank poems in it from the previous edition (Chax Press, 2009), and it’s got a lot of new and reworked poems in it too. Some of the old poems have been completely reworked and some are the way they always were and have reached a status of the classic. But what it comes down to is this: the Wave edition of the Book of Frank is definitely something new, something monumental, something even more exciting than before. The new edition has a vast, epic narrative to it that sticks in ways it never did before; Frank’s story is now told on a much broader level, with a far more magnifying scope.

But let’s look at Frank. Who is Frank anyway, and what’s Frank’s deal? Frank is a figure that could be you or me or the person next door, down the hall, in the tree, downtown, in a parallel universe. It could be now or then or later or before. Frank’s book is timeless but constant. And Frank’s book and Frank’s life are both about trajectory. It’s the type of trajectory that birds make when they are born and learning to use their wings. There are birds in this book, too, and they are moving, but they aren’t moving on their own. The thing that’s really moving is Frank. Frank is powering his world, his creations. And it’s funny because the person who’s telling you that Frank is moving is Frank. He is the voice and he is what you know about the book. This is Frank’s book. This is Frank’s life. The spotlight is on him. Or her. However you read it.

Frank says, somewhere near the end of section three of the Book of Frank: “’part of the dream/is that you accept/your waking life as/part of the dream.’” Like human consciousness, and life itself, the book is multi-tiered, multifaceted, layered, structured by the different fabrics of reality, of different realities. The book reads like a dream. Or dreams like a dream dreams. It has within it stories of dreams within dreams. And all these dreams are moving very fast, and are very real. At its core the book is the trajectory and is the life of Frank and through its intricacies the life has three core sections. They can be roughly and haphazardly classified like all sections of all things can, labels going so far as labels do: the first section is the childhood; the second section is adventuring from childhood to adulthood. And the third section? Well, it boils down—or up—to age, experience, reflection, and scarily enough, marriage and death and doom.

At its heart, what you might find in the first section of the Book of Frank is a story about a young boy who deals with grueling parents that he can do nothing but depend on, and thus rebel against in the circumstances of such bogus family intimacy. These parents who are composing so much of Frank’s childhood for him are the ones who force him to run to his imagination for help, to run and hide, until his parents’ own deaths leave him to continue staring at the birds and the living inanimate objects who stalk the earth around him. The characters in Frank’s stories are bizarre, magical creatures that he identifies with the most. His life is aided by the constant buzz of the supernatural through caustic and chaotic super-reality of ludicrous events. As Frank makes his way in and out of the hilariously creative chasms of his own mind, he reels against the structure of a society that’s soaked in the fat and oil of religion and a god that’s haunting every corner, being screamed and hushed out of every available voice. The confusion of his family, from his mother’s scolding to his father’s reckless and queer sexuality, leaves Frank with little grounding, and so he must turn elsewhere for reliance and education; he spins around with his imagination. In the first section of Frank our hero is either a mad, youthful genius or an insane, lonely child who is attempting to get through all that innocence a person is born with using whatever tools he can dream up. He steals his mother’s eyes to see what she sees, uses a daisy for inter-dimensional snorkeling, listens to the voice of his toast, watches “a giant eat a/park bench/with her/vagina”, watches the trees wave at him, and feels the monkeys climb up his body. And he survives.

You might enter the second section with Frank’s parents recently deceased, their memories fading faster than the length of two pages of verse. You might start to realize time is an observable element now. Survival has a new, enhanced, acute meaning for Frank. The surreal events are actually part of an actual life, and Frank is aware that he is filling and fulfilling time. With the fleeting sentiments for his dominant mother now out of the picture, a vague, hurried love enters as a replacement. It is acknowledged and it is sardonically unredeeming as a “faceless date” that sighs. Love comes in the form of extremes: exhibitionism, voyeurism, and at its climax, “Frank is/roped and/gagged/on the/kitchen/floor/counting”. What Frank recognized as queer behavior by his father in the first section is transformed like a reincarnation into the oppressive sexuality of lesbian ventriloquists, an antagonistic shadowy cop, and an abused chocolate man whose semen is caramel. These sexual experiments strike as rougher on the edges, harder, more serious. But we’re in the second section so it makes sense. The world is known now, and is primal and mature; the land of childhood, of seek and discover and immerse, has been metamorphosed by time. But not entirely: “anyone who/can’t see/he’s a boy/at heart/is blind/to hearts” the book bellows.

It’s impossible to try and come up with some greater, conclusive sense of this book without feeling a little ridiculous, because that’s not what this book needs. This book, and Frank, needs you to read it, and finish it, with sincerity. There’s no hope in trying to convey the third and final section of the Book of Frank to you and feel like it’s being appropriately done. What is appropriation, anyway? Despite it all, the book concludes with the most original content in this edition, and it comes as a surprise, a jolt, that it’s the most serious section of them all. The poems become comments on tragedy, failure, and disease. Frank becomes a figment of ideals and lifestyles that are concrete and stable and horrifying, but are brittle and demand to be broken into. There are poems about the undeniable presence cancer and HIV and syphilis in an age of sexual waste, and they are matched with poems about age, reflection, about being closeted, engendered, and misconstrued. And then there are the poems that ask what is boring and how do you fight against that in a world of morality? At one point Frank wakes with revolvers for hands, and in another, “remembers/shirts of buried generals/flying in formation/over schoolyards//blowing wasps from sleeves”. Frank proves that his imagination has kept his wings flapping, kept his vision open when he has constantly been blundered and pressed by external forces that he never wanted or needed, that have kept him bludgeoned at risk of being shut down. But he survives through each flicker of symbiotic transformation, each instance of beauty, with what he learned from childhood, from his parents. The power is constant from start to finish, but what is most marvelous is Frank’s final transformation. It demands no comment. It is waiting for you. Go. Read it. 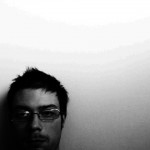