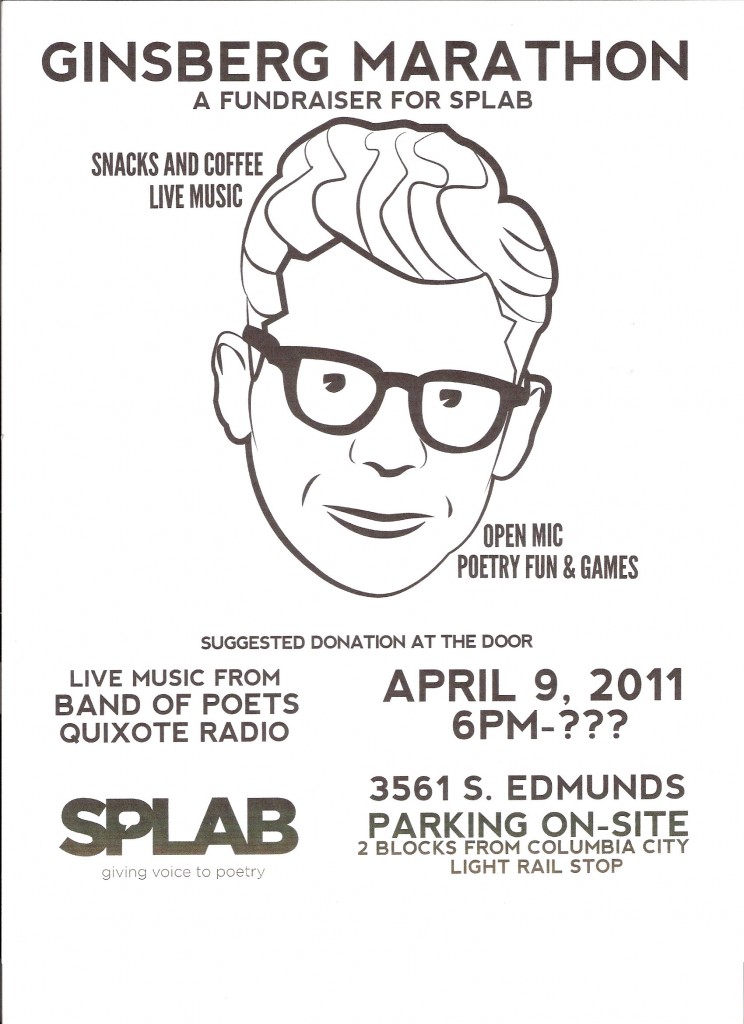 The marathon will continue to buzz early into the morning via a local who spent much of his late teens studying the Beat hero. Says Greg Bem about staying up late and appreciating Ginsberg: “I acquired Howl, the movie with James Franco, and can’t wait to watch it for a second time, with commentary. I’ve got Pull my Daisy, the classic Beatnick B & W that features Corso, Kerouac, and Ginsberg as kids, and the cherry on top is actually a couple cherries on top: movies from UBU. But video, an appreciable late-night Arts medium, will be encountered by banters from myself, bellowings and interruptions, cat calls and pitter patters. Rittles, rettles, all you can imagine. As the sun comes up, if it comes up in Seattle, we will read to the sun, read to each other, give ourselves love, understand our hate, and turn our cheeks to a new marathon goal that we will, as they say, chew up and spit out, like cud.”

The record is 10.5 hours and after a 6P start, we hope to go til at least 5A or maybe 6. Anyone interested in being part of an early shift, starting at 6AM? Email pen@splab.org