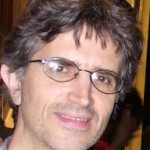 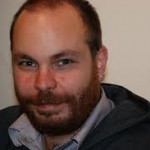 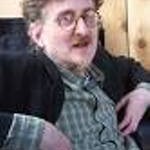 TICKETS:                               Suggested donation of $5-10 accepted at the door.
Seattle Spoken Word Lab presents a reading by Louis CABRI, Donato MANCINI, Robert MITTENTHAL, who have new books titled Poetryworld, Buffet World and Wax World, respectively.  Donations for admission will be taken at the door on the evening of the performance.  The reading starts at 7:30pm on Sunday 21st of August 2011.

Louis Cabri is author of Poetryworld, just out from CUE.  His book, The Mood Embosser (Coach House, 2002), was acclaimed a book of the year by Small Press Traffic. Recent chapbooks include What Is Venice? (Wrinkle) and — that can’t (Nomados).  He is editor of a selected poems by Fred Wah (The False Laws of Narrative) and with Peter Quartermain of an issue of critical essays on sound and poetry in English Studies in Canada. He teaches modern and contemporary poetry, literary theory, and creative writing at the University of Windsor, in Ontario.
http://www.cuebooks.ca/new_titles.php

Donato Mancini’s interdisciplinary practice focuses mainly on poetry, bookworks, text-based visual art and cultural criticism.  His new book is Buffet World (New Star, 2011).  His prior two New Star books of procedural and visual writing, Ligatures and Æthel were each nominated for the ReLit Award, and Ligatures received honourable mention in the Alcuin Book design awards. Mancini’s collaborative visual works have been exhibited in Canada, the US, Scandinavia and Cuba. Long time member of the Kootenay School of Writing, he was a principal curator of the interdisciplinary N 49 15.832 – W 123 05.921 Positions Colloquium at VIVO in August 2008. Other recent publications include Fact `N’ Value (Fillip Editions). His poetic and critical writings have appeared in many places, including The Capilano Review, Open Letter, West Coast Line, Rampike, and Against Expression: An Anthology of Conceptual Writing.  He lives in Vancouver BC. http://www.newstarbooks.com/book.php?book_id=1554200547


Robert Mittenthal is author of Value Unmapped (Nomados), Martyr Economy, Ready Terms (Tsunami Editions), and the newly arrived Wax World (Chax, 2011).  Irrational Dude, a chapbook of collaborative work with Nico Vassilakis, was published in 2009 by tir aux pigeons.  Mittenthal was instrumental in creating and curating the Subtext Reading Series in Seattle, and the last few years has been working to induce collective thought via a series of related reading groupuscles, a project called “autonomous university.”  He blogs at http://rmutts.blogspot.com/
http://www.chax.org/poets/mittenthal.htm
SPLAB is an intergenerational spokenword Performance, Resource and Outreach center dedicated to Poetry, Story-telling, Conversation, Debate, Consciousness and Building community through shared experience of the spoken and written word. We create an environment by encouraging writers to develop or deepen their individual writing practices and providing a supportive community so they may deepen their own personal gestures.

https://cascadiapoeticslab.org
Directions to SPLAB: SPLAB is easily accessible by personal and mass transit. If traveling by car, take the 163A exit on I5 for Columbia Way heading East toward Columbia City; or take Exit 3 off of Eastbound I-90 and head south on Rainier.

Mass Transit Options: Get there from Downtown on the Light Rail – SPLAB is just a short walk east from the Columbia City Station (ETA from Westlake: 15 minutes); or the #7 bus – southbound from Downtown towards Rainier Beach (ETA from Pike Street: 20 minutes; Or from Capitol Hill: #8 bus (ETA 20 minutes); from the Udistrict take the #48 to Mount Baker Transit Center, then transfer to #7 or #8 (ETA 45 minutes).