Writing Love and Sex: In the Spirit of Carolee Schneemann

Do come, reserve tickets with Henry (or take your chances), and forward this
announcement: 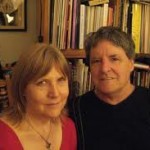 Dodie Bellamy is a novelist, poet, critic and cultural journalist. Her most
recent book is the buddhist, an essayistic memoir based on her blog,
Belladodie. Her book Cunt-Ups won the 2002 Firecracker Alternative Book
Award for poetry. Other books include Academonia, Pink Steam, and The
Letters of Mina Harker. Kevin Killian has written two novels, Shy and Arctic Summer, a book of
memoirs, Bedrooms Have Windows and three books of stories, Little Men, I Cry
Like a Baby, and Impossible Princess; two books of poetry, Argento Series
(2001), and Action Kylie (2008). 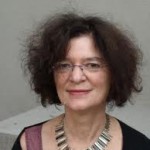 Friday, Oct 21, 7 p.m., Henry Art Gallery Auditorium
Rebecca Brown’s twelfth book, American Romances, a collection of gonzo
“essays,” was released by City Lights in 2009 and won the Publishing
Triangle Award. Some of Brown’s other titles include The Last Time I Saw
You, The End of Youth, The Dogs, and The Gifts of the Body.
Carla Harryman is a poet, essayist, novelist, and playwright. She has
recently published The Wide Road, a multi-genre collaboration with poet Lyn
Hejinian. Her critical writing focuses on contemporary innovative writing by
women and the politics and poetics of Poets Theater and performance writing.
A frequent collaborator, she is co-contributor to the multi-authored
experiment in autobiography The Grand Piano, a project that focuses on the
emergence of Language Writing, art, politics, and culture of the San
Francisco Bay Area between 1975 and 1980.