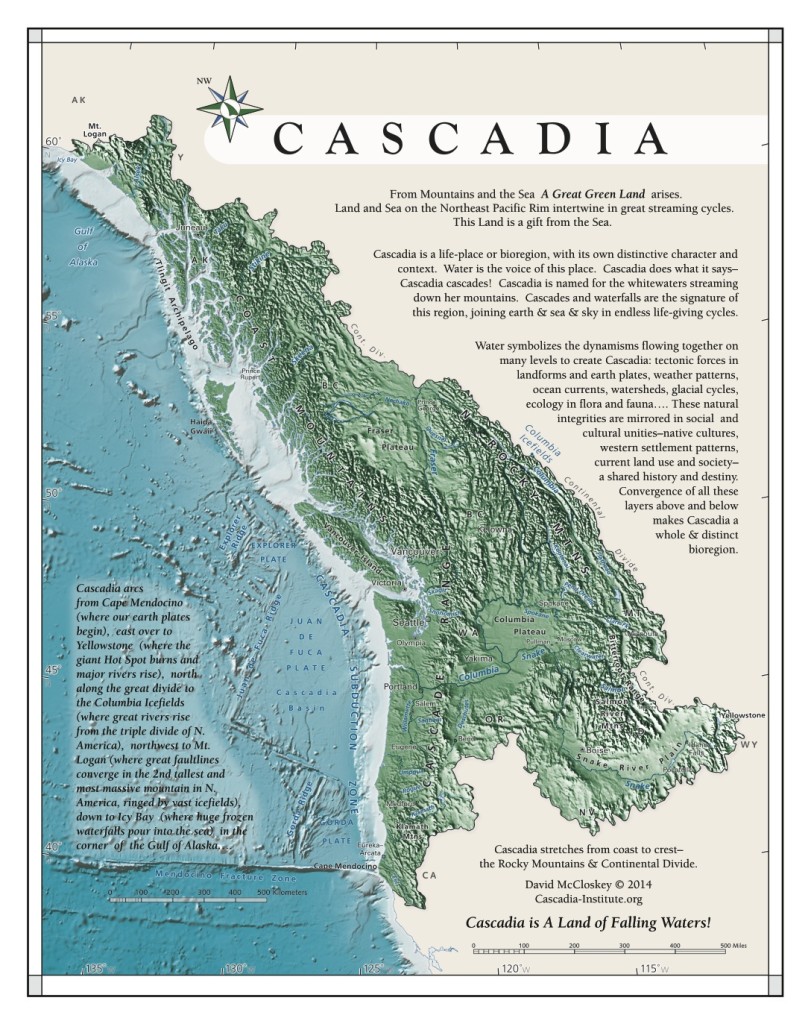 SPLAB has been facilitating events since 2012 that combine bioregionalism and poetry. Perhaps the deepest form of eco-poetics is bioregionalism, making the place you live first in your consciousness over a “state” or “nation” or “province.” That Cascadia includes most of British Columbia (west of the Rocky Mountains) and therefore crosses an international border makes it more interesting (and complicated.)

Iterations of the Cascadia Poetry Festival, which happened in 2012, 2014, 2015 (in Nanaimo, BC, produced by Wordstorm) and 2016 were all successful in different ways and the 2017 event should be the best yet. It will be the first staged in Tacoma and we are just about set to officially announce the entire lineup, which is the biggest thing SPLAB has ever attempted.

Interviews of “Cascadian Prophets” are being conducted with a landing page right now at American Prophets, and efforts are being made to save the SPLAB archive, some of which is on reel-to-reel and disintegrating.

Efforts to have geographic diversity and recognize the part of the bioregion east of the Cascades are ongoing, with a fact-finding trip to Walla Walla planned for late May. There is also a group we’re working with in Cumberland, BC, working on creating a version of the Cascadia fest every other year in that small, Vancouver Island town. They are operating under the banner Cascadia Poetics LAB.

One Day versions of the fest have been discussed with people all over the bioregion, including a place that would seem like a natural fit for such work, Cascadia College. Jared Leising has created an amazing event, while not officially a “Cascadia” event, other than the setting, is very Cascadian and looks like it is a remarkable affair. (It started on April 17th.) I am honored to participate and offer my notions of what resistance looks like from a poetry point of view.

The Art of Resistance
(events open to the community from April 17 – 28)
*April 17 – 28 – Protest Art Show (Opening Reception on April 18, 6-8 pm)
Mobius Gallery (M-Th, 10 – 4 pm)
*Tuesday, April 25 – “The Written Image: Blending Poetry with the Visual Arts” with Shin Yu Pai
Mobius Hall, 1:30 – 3:00
For a description of the event and a bio of the speaker, please check out this link: https://www.humanities.org/speaker/shin-yu-pai/.
Shin Yu’s presentation will last 45 minutes, followed by a Q & A, and a writing activity responding to the new artwork in the gallery.