Why You Should Become a Cascadian

Republished from the South Seattle Emerald: 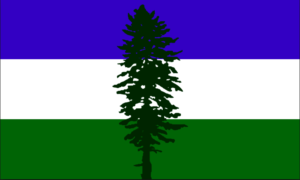 In attempting to explain what bioregionalism is to one of the other parents at my daughter’s elementary school yesterday, he heard me say that a bioregion is what our nation would be if political boundaries were drawn by nature. Our bioregion starts at Cape Mendocino in California, goes north to Mt. Logan, Alaska and east (mostly) to the Continental Divide. It is known as Cascadia, but despite a soccer tournament, a name of a microbrew and other such gestures, a deep connection to the place we live in, seeing it first as a bioregion known as Cascadia, was understood by this other parent as a “reframing.” Bingo.

We’re in serious need of reframing these days, given the “leadership” that the United States is suffering from, or lack of same. (I’ll let those Cascadians north of that straight line known as the 49th parallel describe their own federal government.) When we reframe the understanding of place as bioregion and not nation, we see that the straight lines drawn on maps were created by men serving political needs, not natural ones, and we allow ourselves a chance to better know that place. The founder of the Sōtō Zen school, Dōgen Zenji, is well known for the koan: “When you find the place where you are, practice begins.” For me this means that we can’t be grounded human beings until we create real roots to a place. Knowing one’s self means starting with where you are in space and time and this is harder than one thinks given our nature as humans and the desires we have, combined with the zillion distractions that we’re bombarded by in capitalist consumer culture.

Becoming Cascadian is a weekend attempt to connect with this place and using the means of poetry as a way to help create that grounded-ness. Few understand innovative poetics, Zen and bioregionalism better than Andrew Schelling, who has been teaching f0r decades at the Naropa University in Boulder, Colorado, is a poet and translator of Sanskrit texts. He is also author of a book on Jaime De Angulo, a man who helped preserve the languages of 30 Native American tribes, mostly in Northern California. Schelling says de Angulo,

was one of the first to bring into his life what I consider to be the primary characteristics of Pacific Coast culture, art and scholarship… The encounter with wilderness. The search for primitive mind. A sharp investigation into what language is and how it works. A deep spiritual hunger, lonely, eccentric, unorthodox, alert to Asian and Native [American] traditions. Anarchist pacifist politics.

Regarding what he means by “primitive” Schelling says it is basically how to live free,

Free of the oppressive vertical structures of the State, or internal police systems, accumulated capital, military force, church dogma, the monetizing of education, medicine and power…

De Angulo died in 1950, so you can see how far ahead of the culture he was. You can also see that his is a stance as radical as any of movement in politics today, combining socialism, socialized medicine, anarchism, demilitarization and many other efforts in opposition to empire and in sync with human-centric policies. One might even say beyond human-centric to including all sentient life, but then there is a Zen vibe running this event.

There are four free events open to the public as part of the weekend:

Zen meditation at Seattle University’s Eco-Sangha, at St. Ignatius, Thursday May 31, at 7pm.

Saturday’s keynote talk and conversation featuring Schelling on “The Practice of Outside” Saturday, June 2 from 2-4pm at Red Wing Café in Rainier Beach.

Sunday’s tour of Kubota Garden by Seattle U. philosophy professor and Sōtō Zen Monk Tetsusan Jason Wirth. It will also touch on the historic Japanese-American community in Rainier Beach, Sunday morning at 10.

How can bioregionalism be applied to Rainier Beach? One vision is to totally daylight Mapes Creek. Until natural systems are restored as closely as possible to their natural state, that disconnection will affect our lives in ways we may never fully understand. That is but one potential item up for discussion during the weekend.

Schelling’s interest in de Angulo, in poetry, in ancient traditions led him to this weekend and the questions he asks at the end of the first chapter of his book Tracks Along the left Coast are quite relevant to us at this time in Rainier Beach, Cedar River Watershed, Cascadia, USA: “What is tribal allegiance, rather than loyalty to the nation-state? What are psyche and spirit? What is language? What is the relationship of language to the human mind.”

We may not find out this weekend, but by beginning to ask these questions, much in our own lives becomes clear in an age where the powers that be are obviously dedicated to making this as non-transparent as possible. Here’s to rejecting that and embarking on something that makes much of what is considered “power” these days much less relevant.