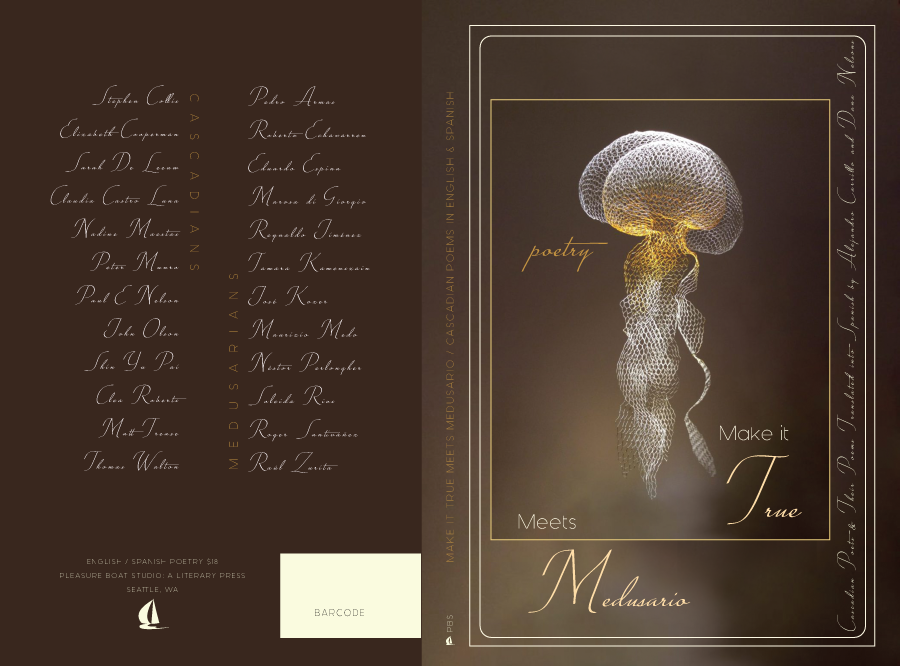 Make It True meets Medusario is a bilingual anthology was spawned by two previous anthologies and combined into one to initiate a dialog between Spanish language poets of the neo-barroco school, as organized by José Kozer and poets from the Cascadia bioregion, as organized by Paul E Nelson and Thomas Walton.

From the books’ introduction by Matthew Trease, the book is an effort to:

bring together poets from divergent languages, cultures, and aesthetics to create a… conversation… a fertile meeting place for ongoing ideas about poetry – something messy that might trouble the too-easy academic labels and the subsequent segregation those aesthetic and political divisions caused within the larger, global poetry community.

The book is to be launched May 2019, in Anacortes, Washington, at the Cascadia Poetry Festival and published by Pleasure Boat Studios. Festival Gold Passes go on sale March 9.