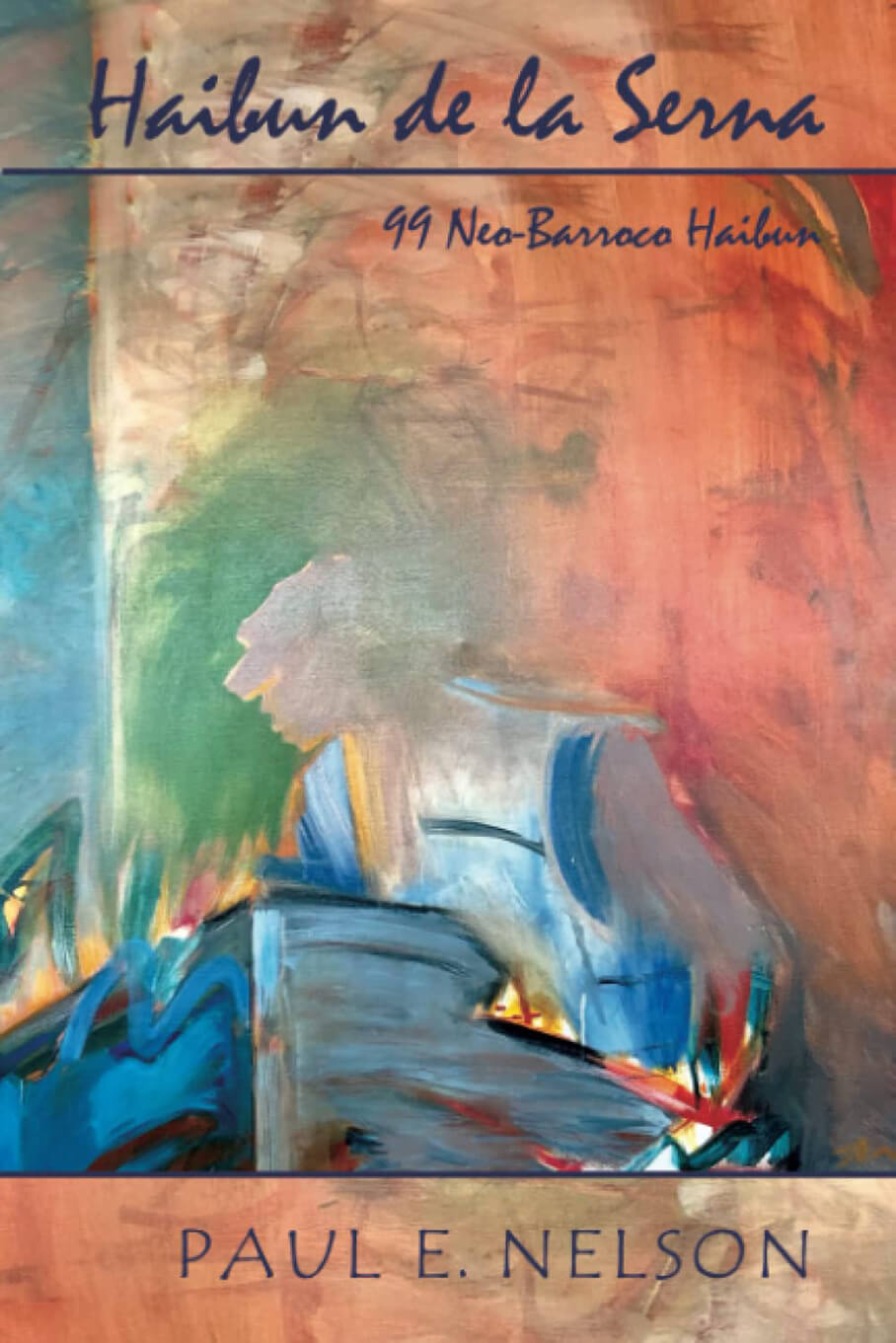 Paul Nelson’s Haibun moves with the spirit of Ramón Gómez de la Serna’s greguerías, one of the unclassifiable micro-genres Gómez invented in his quest to evade (literary) capture. Equally, but uniquely, evasive, Nelson’s poems are gorgeous mongrels combining the tradition of the haibun, the innovation of Gómez’s imagination, quotation of greguerías, an immaculate ear, and a terrific sense of humour. Through his daily practice, calling us to attention and concentration in the midst of the attenuation and distraction that surround us, Nelson’s language redeems the world over and over.

Nelson comes to poetry not simply as a maker-of-poems, but as a way of life, a way of being. Furthering the tradition of sequential poetry established by Ezra Pound, Charles Olson, Robert Duncan and Denise Levertov, Nelson’s first major book, A Time Before Slaughter, interweaves local history with a personal mythology to create a cosmos. His is a poetics that reveals process rather than conclusion. His study and practice have revolutionized his approach to poetics. Eschewing the poem as a highly polished objet d’art made of words, his poetry tracks the movement of conscientiousness, or what Duncan described as “the dance of the intellect.” Borrowing from the Medieval Japanese form hai-bun, a combination of prose and haiku, he adds a Latin American neo-barroco layering of language to create something uniquely his own.