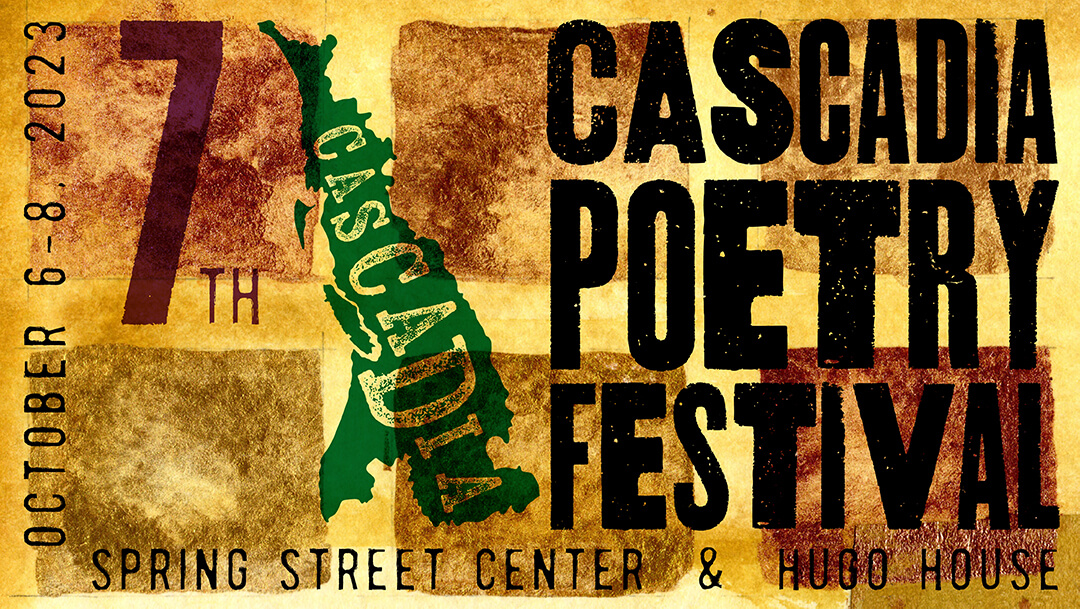 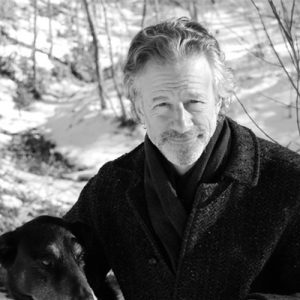 -An ecologist, naturalist, and explorer of wilderness areas, Schelling has travelled in North America, Europe, India, and the Himalayas. His poetry is known for its engagement with the rhythms and elements of the natural world, its use of literary forms derived from traditional Asian literary forms and from International modernism, with a grounding in languages. He is one of the few renowned literary translators into American English of the poetry of ancient and medieval India. Dropping the Bow: Poems of Ancient India, his first volume of translations from Sanskrit and related vernaculars or Prakrits, received the Academy of American Poets translation award in 1992. Two volumes of his essays have appeared, and he has edited several anthologies. The Wisdom Anthology of North American Buddhist Poetry includes a variety of poets, including experimental writers and younger poets. The Oxford Anthology of Bhakti Literature is a survey of the poetry or song (often orally composed and written down years or centuries later) that has been a pan-Indian “genre” for the past 1000 years. (Wikpedia – https://en.wikipedia.org/wiki/Andrew_Schelling ) 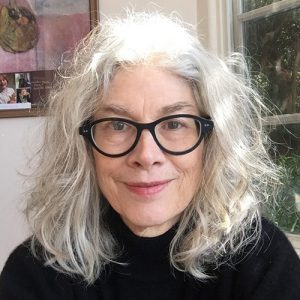 -One of contemporary poetry’s most eclectic and formally innovative writers, Brenda Hillman is known for poems that draw on elements of found texts and document, personal meditation, observation, and literary theory. Often described as “sensuous” and “luminescent,” Hillman’s poetry investigates and pushes at the possibilities of form and voice, while remaining grounded in topics such as geology, the environment, politics, family, and spirituality. In an interview with Sarah Rosenthal, Hillman described her own understanding of form: “It is the artist’s job to make form. Not even to make it, but to allow it. Allow form. And all artists have a different relationship to it, and a different philosophy of it… I think that when you are trying to open up a territory—in this case I was working with a desire to open the lyric—you have to be greedy, in that you want more than you can do. And you’re always bound to fail. (Wikipedia – https://en.wikipedia.org/wiki/Brenda_Hillman) 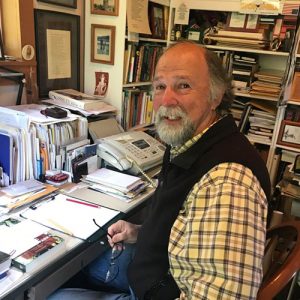 Tim McNulty is a poet, essayist, and natural history writer. He is the author of three poetry collections: Ascendance, published by Pleasure Boat Studio, In Blue Mountain Dusk, and Pawtracks, and ten poetry chapbooks. Tim is also the author of eleven books on natural history, including Olympic National Park: A Natural History (University of Washington Press), and Washington’s Mount Rainier National Park. He has received the Washington State Book Award and the National Outdoor Book Award. He lives in the Dungeness River watershed, foothills of Washington’s Olympic Mountains and is active in Northwest environmental issues. timmcnultypoet.com 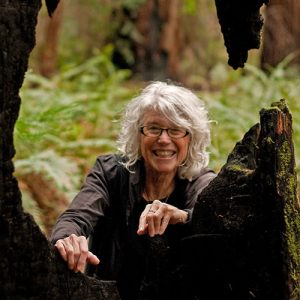 A California poet, letterpress printer, and graphic designer, Theresa Whitehill served her local community as Poet Laureate for the northern California city of Ukiah from 2009 through 2011 and has been involved her entire career in the production of poetry readings and literary events. Her poetry and letterpress broadsides, many of which are produced with her husband, artist Paulo Ferreira, are in the collections of the Getty Center for the Arts, the John Hay Library of Brown University, the Bancroft Library at UC Berkeley, Mills College, and Stanford University’s Special Collections Library. Born and raised in California, she attended UC Santa Cruz and Mills College in the late 1970s and early 80s, studying natural sciences, Spanish, English, and book arts. Since 1984, she has lived in Mendocino County in northern California, where she is well-known to local poetry audiences through her readings on public radio and local venues. In 1997, she served as Poet-in-Residence for Stags’ Leap Winery in the Napa Valley. “Évora a Doce,” her poem about Portuguese soul and food, was published by Alice Waters in 1998 as a letterpress broadside designed by Richard Seibert. A collaboration with chef and author Shannon Hughes has resulted in a series of culinary poetry events between 2000 and 2003, blending Whitehill’s writing and performance with Hughes’ soulful food and menu concepts. She is a co-founder of Watershed Poetry Mendocino, a sibling to the Berkeley Watershed Poetry Festival. Whitehill’s collections of poetry include A Grammar of Longing (2009) and A Natural History of Mill Towns (1993), published by Pygmy Forest Press; Saudades, published by Stags’ Leap Winery in 2003; and the anthology, Deep Valley: Poets Laureate of Ukiah 2001–2018, published by Slow Mountain Press in 2017. She spends her time between her studios in Ukiah and St. Helena, California, managing her commercial graphic design business, Colored Horse Studios. 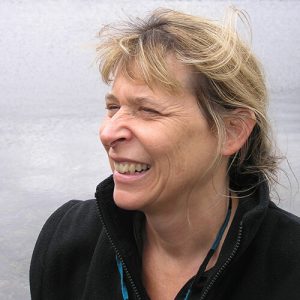 Holly J. Hughes is the author of four collections of poetry, most recently Hold Fast,  coauthor of The Pen and The Bell: Mindful Writing in a Busy World, and editor of several anthologies, including Keep a Green Bough: Voices from the Heart of Cascadia, and Beyond Forgetting: Poetry and Prose about Alzheimer’s Disease. Her fine art chapbook Passings received an American Book Award in 2017 and her poems and essays have been nominated for Pushcart prizes, set to music and performed in New York city and Sitka, Alaska. She served on the staff of Pacific Lutheran University’s low-residency MFA program for 13 years, in addition to teaching writing at the college level for several decades, as well as at Fishtrap, the North Cascades Institute, LitFuse and other regional conferences. In 2022, she became co-publisher of Empty Bowl Press. She also directs Flying Squirrel Studio, which offers writing residencies for women, and consults as a writing coach. She divides her time between a log cabin in Indianola and her home in the Chimacum valley and is grateful to the Chemakum, S’Klallam and Suquamish people for their ongoing stewardship of the land and waters she calls home. 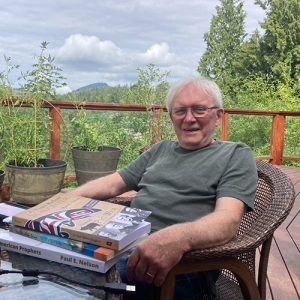 Michael Daley lives in Anacortes, Washington, on Fidalgo Island in the Rosario Strait-Strait of Juan de Fuca Watershed, and on the Samish Nation’s traditional land. He taught English at Mount Vernon High School from 1990 to 2012. In retirement, he became the publisher of Empty Bowl press, which he helped found in 1976. In 2022, Pleasure Boat Studio published his novel, Telemachus; Dos Madres Press published Reinhabited: New & Selected Poems, and Cervena Barva published his poetry collection, True Heresies.

Gabriella Gutiérrez y Muhs is a professor of modern languages and women and gender studies at Seattle University, where she is also the director of the Center for the Study of Justice in Society. She is also an internationally renowned Chicana poet and cultural worker. 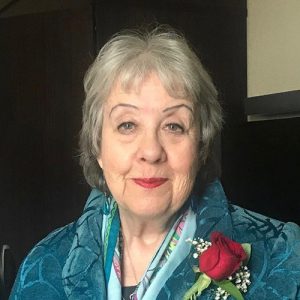 Tess Gallagher, Irish American poet and short story writer, from the Olympic Peninsula of Washington, has been awarded the prestigious international Fondazione Roma – Ritratti di poesia Prize for her Lifetime Achievement in Poetry. She is the first American ever to receive this award. She will accept this honor in Rome, Italy in day long festivities which includes her reading her poems on national Italian television on April 14 and being interviewed with her translator of over 35 years, Riccardo Duranti. Gallagher’s eleventh volume of poetry, Is, Is Not, was published May 2019 by Graywolf Press and received the Pacific Northwest’s 2020 Book of the Year Award.  Midnight Lantern: New and Selected Poems, is the most comprehensive offering of her poems. Other poetry includes Dear Ghosts and Moon Crossing Bridge. Gallagher’s The Man from Kinvara: Selected Stories is the basis for film episodes under development. Gallagher divides her time between her hometown of Port Angeles, Washington, and her cottage in the West of Ireland. She is the literary executor of her late husband, Raymond Carver. In July, 2023, she will teach for the third time at the Port Townsend Writers’ Festival in Port Townsend, Washington. She has also recently accepted the honor to serve as the inaugural writer-in-residence for the Field Arts and Events Hall in Port Angeles opening in late summer of 2023. 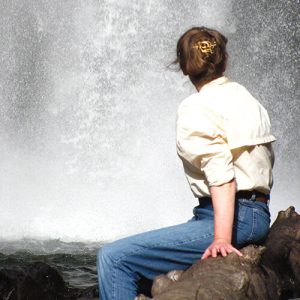 Jan Zwicky is the author of over twenty books of poetry and prose including Songs for Relinquishing the Earth, The Long Walk, and, most recently, The Experience of Meaning. Zwicky grew up in the northwest corner of the Great Plains on Treaty 6 territory, and currently lives in a coastal rainforest succession on Quadra Island, which is situated at the north end of the Strait of Georgia. It is unceded territory with a complex history including Coast Salish and Kwakwaka’wakw influences. 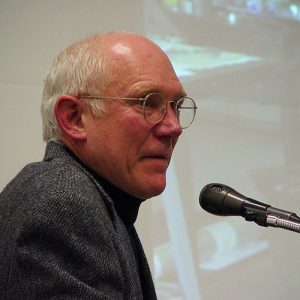 Robert Bringhurst was born in Los Angeles in 1946. He has lived and worked in Europe, Asia, the Middle East, and South America, but his home for most of the past five decades has been the British Columbia coast. His Selected Poems are published in London by Jonathan Cape, in the USA by Copper Canyon, and in Canada by Gaspereau Press. He is trained as a linguist and is widely known for his translations from Haida and other Native American languages, and for his typographic work. He lives in Quadra Island’s Heriot Bay watershed. 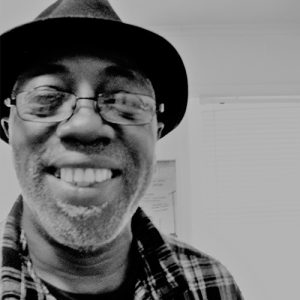 Gary Copeland Lilley is the author of eight books of poetry, the most recent being The Bushman’s Medicine Show (Lost Horse Press, 2017), and a chapbook, The Hog Killing (Blue Horse Press, 2018). He is originally from North Carolina and now lives in the Pacific Northwest. He has received the DC Commission on the Arts Fellowship for Poetry and is published in numerous anthologies and journals, including The Best American Poetry 2014, Willow Springs, The Swamp, Waxwing, Taos Journal of Poetry and Art, and African American Review. He is a Cave Canem Fellow.