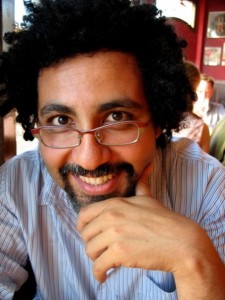 Maged Zaher’s first full length book of poetry, Portrait of the Poet As an Engineer, was published by Pressed Wafer in 2009. His collaborative work with the Australian poet Pam Brown, Farout Library Software, was published by Tinfish Press in 2007. His translations of contemporary Egyptian poetry have appeared in Jacket magazine and Banipal. He has performed his work at Subtext, Bumbershoot, the Kootenay School of Writing, St. Marks Project, Evergreen State College, and American University in Cairo, among other places. Click below to see Maged’s poems on the Rattapallax blog and to hear the interview conducted July 10, 2010 by Paul E Nelson. http://rattapallax.org/blog/tag/maged-zaher/