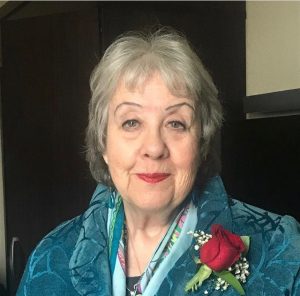 Satori is a Japanese Zen Buddhist term for awakening comprehension: deep understanding. It is derived from the Japanese verb satoru, “to know”. But rather than intending a philosophical concept of knowledge, satori concentrates instead on “acquiring of a new point of view in our dealings with life and the world.”  It is another name for reaching Enlightenment. In poetry it means a moment (often culminating moment), when the poem wakes us up, startles us into a new awareness. This class will ask writers to take simple elements such as the moon, water, a bridge—or other sets of catalysts and attempt to stimulate this moment.   As example I give my own poem:

Another famous example would be James Wright’s poem “A Blessing” which ends: “Suddenly I realize/That if I stepped out of my body I would break/ Into blossom.” This word “suddenly” is a clue to the effect the satori moment creates.  One suddenly is overtaken by a feeling, a conjunction of forces, a lightning strike of transport that breaks open the moment so freshly one can’t ever think the same way again. Please bring and share your satori moment poems if you have already written some, but the real objective will be ultimately to write some fresh poems in this mind and from them to realize in discussion how that moment is taking place.

This workshop is open to Cascadia Poetry Festival 7 Gold Pass holders. It will be conduced Saturday, October 7, 2023, at a time and venue to be announced to workshop registrants. Register here.