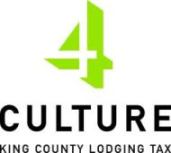 Please join us Thursday, March 3, 2016, at 7pm for a reading and celebration of the six week Innovative Cascadia Poetry MOOC that ends March 4. The event space is the 6th Floor of the Angeline Apartment building, at 4801 Rainier Av S, in Seattle’s Columbia City neighborhood, 3 blocks east of the Link Light Rail stop. RSVP with Paul Nelson, for entry details. Alcohol will not be provided but you are welcome to bring your own. A PCC in the same building has a great selection. The reading is in a private residence and we expect attendees to comport themselves accordingly. The reading and the panels associated with the MOOC were funded in part by 4Culture.

Reading and engaging attendees in an informal discussion about Cascadia poetry and culture will be three extremely accomplished poets. Prince George, BC, resident, Barry McKinnon (co-editor of Make It True: Poetry From Cascadia), Judith Roche and Bill Mawhinney are the featured readers. Three poets, each of whom have been writing and studying poetry for decades.  (Copies of the anthology will be for sale and will help offset the costs of this event.) 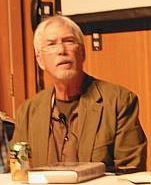 Barry McKinnon was born in 1944 in Calgary Alberta, where he grew up.  In 1965, after two years at Mount Royal College, he went to Sir George Williams University in Montreal and took poetry courses with Irving Layton.  He graduated in 1967 with a B.A. degree.  In 1969, he graduated with an M.A. from the University of British Columbia in Vancouver, and was hired that same year to teach English at the College of New Caledonia in Prince George where he has lived and worked ever since. Barry McKinnon’s The the was nominated for the Governor General’s Award for poetry in 1080.  Pulp Log was the winner of the Dorothy Livesay Poetry Award for the B.C. Book Prizes in 1991 and Arrhythmia was the winner of the bp Nichol Chapbook Award for the best chapbook published in Canada in English in 1994. His chapbook Surety Disappears was the runner-up for the bp Nichol Award in 2008. 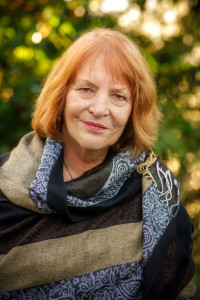 Judith Roche is the author of four poetry collections, most recently, All Fire All Water, from Black Heron Press. She won on American Book Award for Wisdom of the Body, which was also nominated for a Pushcart. She has published widely in various journals and magazines, and has poems installed on several Seattle area public art projects, including an installation at the Brightwater Treatment Plant in King County. She has written extensively about our Northwest native salmon and edited First Fish, First People, Salmon Tales of the North Pacific Rim (published by University of Washington Press and also and American Book Award winner), and has salmon poems installed at the Hiram M. Chittenden Locks in Seattle. 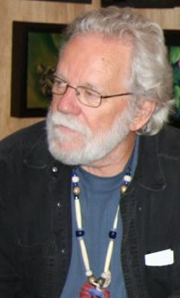 William Mawhinney was born in Avalon, Pennsylvania, in 1939.  He earned an English degree from the University of Pittsburgh in 1963 and moved to Tucson, Arizona, where he worked various gigs as proofreader, preparatory school master and construction estimator. After 18 years at Raytheon as facilities engineer, technical writer, newsletter editor and corporate trainer, he and his wife, Wanda, an abstract painter, retired to the forest west of Show Low, Arizona.  While there, he led monthly poetry circles at a local library, volunteered as a poet in elementary school classrooms and offered poetry workshops and readings throughout the Southwest.  Chased from the woods by a wildfire, he now lives in Port Ludlow, Washington, and talks with herons while combing the Olympic Peninsula beaches.  He organizes and hosts Northwind Reading Series in Port Townsend and performs poetry in local retirement homes through an Arts to Elders program.

His first book, Songs In My Begging Bowl, appeared in 2002; Cairns Along The Road, his second collection, in 2009.  The Port Townsend Arts Commission named him Angel of the Arts for 2011.